Brian Reddy (left) from the startup company Kinnva, together with Ben Steele from Invest in Bergen.

Kinnva is the latest company to move to our region, with the help of the team at Invest in Bergen.

The company’s founder, Brian Reddy, wants to enable the Norwegian salmon industry to become more sustainable, so that it can continue to operate for years to come.

He mentions that currently, much of the protein for fish feed comes from soybeans, or from wild fish stocks in South America. These protein sources can be subject to big fluctuations in price, and they are also linked to a loss of biodiversity.

With the environment becoming more important for consumers, salmon farmers are coming under increasing pressure to rethink their supply chains.

Kinnva is developing a new way of creating protein – one that uses less space, produces fewer carbon emissions, and can take place in Norway. Rather than relying on wild fish stocks or plants, Reddy wants to use microbes that are grown in land‑based tanks.

He explains that this will provide fish farmers with a predictable source of feed, one that does not need to be shipped in from the other side of the world. 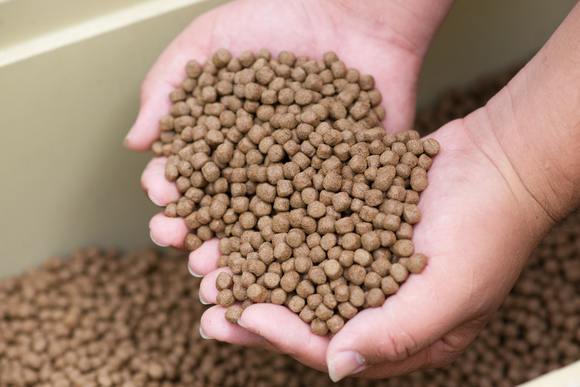 He adds that setting up a base in Norway was an easy decision, as the country is the world’s leading producer of Atlantic salmon.

Reddy contacted the team at Invest in Bergen, who helped him to set up a company here in Bergen. The entrepreneur now has big ambitions for the future.

Kinnva’s process relies on breeding single‑celled organisms, creating biomass that can then be turned into a protein powder.

The microbes can feed on methane or methanol, two by‑products from the oil and gas industry that are in good supply on the Norwegian coast.

This is an example of circular economy thinking, where waste materials and outputs are re‑used in new ways – something that the United Nations and other organizations say is an important part of protecting our environment.

The company may be starting small, but its founder has plans to scale up production in a big way. Within around two years, Reddy is hoping to reach a capacity of around 30,000 tonnes of protein per year. Within five years, he aims to be producing around 100,000 tonnes.

He believes that if more feedstock for salmon is made here in Norway, it could unlock “immense opportunities” for the aquaculture industry.

“It would make great sense if feed protein was being produced locally,” explains the Singaporean founder. “We could improve the carbon footprint, while also creating jobs for Norway.”

The seafood industry is one of the country’s largest sources of income, employing nearly 60,000 people and contributing NOK 37 billion to the country’s GDP.

Reddy adds that in future, locally produced feed could be used as a selling point and a badge of honour by Norwegian salmon farmers. 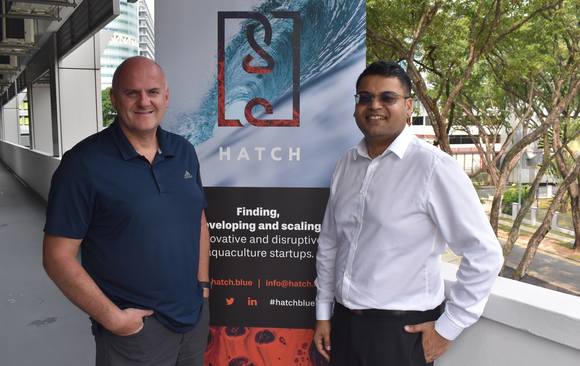 Reddy together with Hatch co-founder Wayne Murphy. The founder is currently taking part in the Hatch’s accelerator programme for seafood startups, which involves visits to Hawaii, Bergen and Singapore.

At the same time as getting his Norwegian company up and running, the founder is also taking part in the Hatch accelerator programme.

The scheme offers a 15‑week programme of mentoring and support, as well as up to €100,000 in funding, to help young seafood companies grow and develop.

The teams of startup founders start with a six‑week stay in Hawaii, followed by a trip to Bergen, and finally a visit to Singapore.

While in Bergen, the Hatch companies were given a warm welcome by members of the city’s aquaculture sector.

The group took part in a whirlwind of meetings and introductions to local seafood companies while in the city, including industry giants such as Lerøy and Cargill.

These new contacts will surely come in useful for Reddy, as he seeks to have a positive impact on the Norwegian salmon industry in future.