Bergen has always been an asset for Norway’s oil and gas operations. But, as more ships, rigs and platforms are decommissioned, their removal and recycling can have harmful consequences. Nordic Circles proposes solving this issue through upcycling instead of recycling.

Founded in 2020, Nordic Circles is a progressive firm that aims to reuse steel from decommissioned ships, rigs, and oil platforms. This steel would then be used in other industries, such as construction and real estate.

It is based on a circular business model that focuses on using upcycled maritime steel as building products because they are designed to be durable. Nordic Circles was launched as a collaboration with the Norwegian School of Economics, Sparebanken Vest and the CCB coastal base.

“In the world of upcycling, you take away the hassle that comes with reuse,” said architect Fredrik Barth, Nordic Circles chairman and co-founder. He added that “steel is quite a practical and viable product because its material qualities far surpass the approved lifespan of most building products,”.

A goal of Nordic Circles is to nurture a value chain that will potentially make it profitable for ship and rig owners to hand in their unwanted steel.

“In the current market, we’ve had interest from some of the larger real estate builders, local governments, and both Los Angeles and London harbour,” said John Jacobsen, Nordic Circles CEO and co-founder. In addition, Nordic Circles has garnered attention from firms in various industries, including construction, architecture, shipping, steel and PropTech (Property Technologies). Jacobsen added, “as a new, innovative company, we were uncertain how we would be received, but we have only had positive feedback so far”. 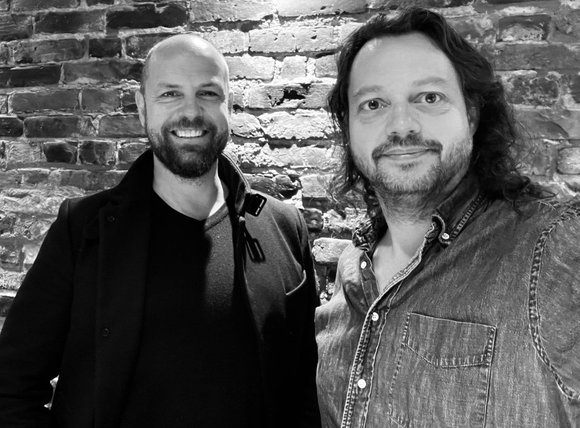 Earlier this year, Nordic Circles launched their Superdock pilot program, a “specially-designed” dock that could also house a variety of different fish species.

This project gained both national and international acclaim for being Norway’s first underwater “fish hotel”. In addition, it was made from a car deck that was salvaged from “Melderskin”, a decommissioned ferry that was previously operated by Askøy municipality.

Watch TV2’s news story on the Superdock Pilot in (Norwegian)

For this, Nordic Circles was nominated for the 2021 “World Changing Ideas” award by the Fast Company.

According to Barth, the idea for the Superdock came during a competition aimed at transforming Bergen’s harbour. For this project, Nordic Circles collaborated with NORCE, the Bergen Aquarium and the Institute of Marine Research.

While this pilot project is currently ongoing and under observation by NORCE, the initial results have been promising. “The Superdock is the world’s first upcycled product made from maritime steel and we proved that it can be done,” said Jacobsen.

According to Jacobsen, the real estate and construction industries account for 40% of the world’s carbon dioxide (CO2) emissions, which can have devastating, long-term effects on the global environment.

Another concern has been beaching. Speaking at a TEDx talk, Barth described how decommissioned ships and rigs are sold and transported to organisations off the coast of south-east Asia. From there, they’re beached, stripped down and sold off. Overall, this practice is hazardous to the region’s population and environment.

Through their efforts, Nordic Circles aims to reduce CO2 emissions from the real estate and construction industries and contribute to sustainability in the shipping industry.

According to an NRK-published article, roughly 200,000 tonnes of steel will need to be removed from the North Sea by 2025

Barth is optimistic that, by then, Nordic Circles will have proven itself. “By 2025, we will hopefully show that there’s another way to decommission ships and platforms that can offer a better economic outcome for the wharves,” he said.

Nordic Circles believes that Bergen’s seafaring history, the multi-sector influence of its shipping industry and its network of skilled competence made it the ideal place to launch from.

Looking to the future, Jacobsen revealed the firm’s ambitions towards expanding its product range. This will include:

“The world is catching on now and I think the evolution of re-used materials is picking up speed,” he added.