The large room at the back of Bergen’s Marineholmen building is a hive of activity.

The startup company Minnowtech is working flat out to create a model of their new waterborne robot.

Elsewhere, other teams of founders are hurriedly packing for the next leg of their journey. They’ll be flying out first to Indonesia, and then on to Singapore.

The six companies within the Hatch accelerator programme have just spent a busy two weeks in Bergen, hearing from industry experts, seeing how young salmon are raised on land, and even visiting fish farms out in the Norwegian fjords.

The founders are tired, but full of excitement and inspiration. They’ll need good supplies of both, as they launch out on their individual quests to remake the global fish-farming industry.

“It’s been quite challenging… but in a good way,” says Suzan Shahrestani from Minnowtech.

“We’ve been spending up to 12 hours a day working on our prototype, while also meeting people and listening to talks from industry experts.”

The accelerator offers companies an intensive 15‑week programme of mentoring and support, as well as up to €50,000 in capital, helping them to develop their products and reach new markets.

This is important, not just for the founders but also for the world around them.

Earth’s population is predicted to rise to at least 9 billion people by 2050, and the global fish farming industry will play a vital role in feeding these hungry mouths. 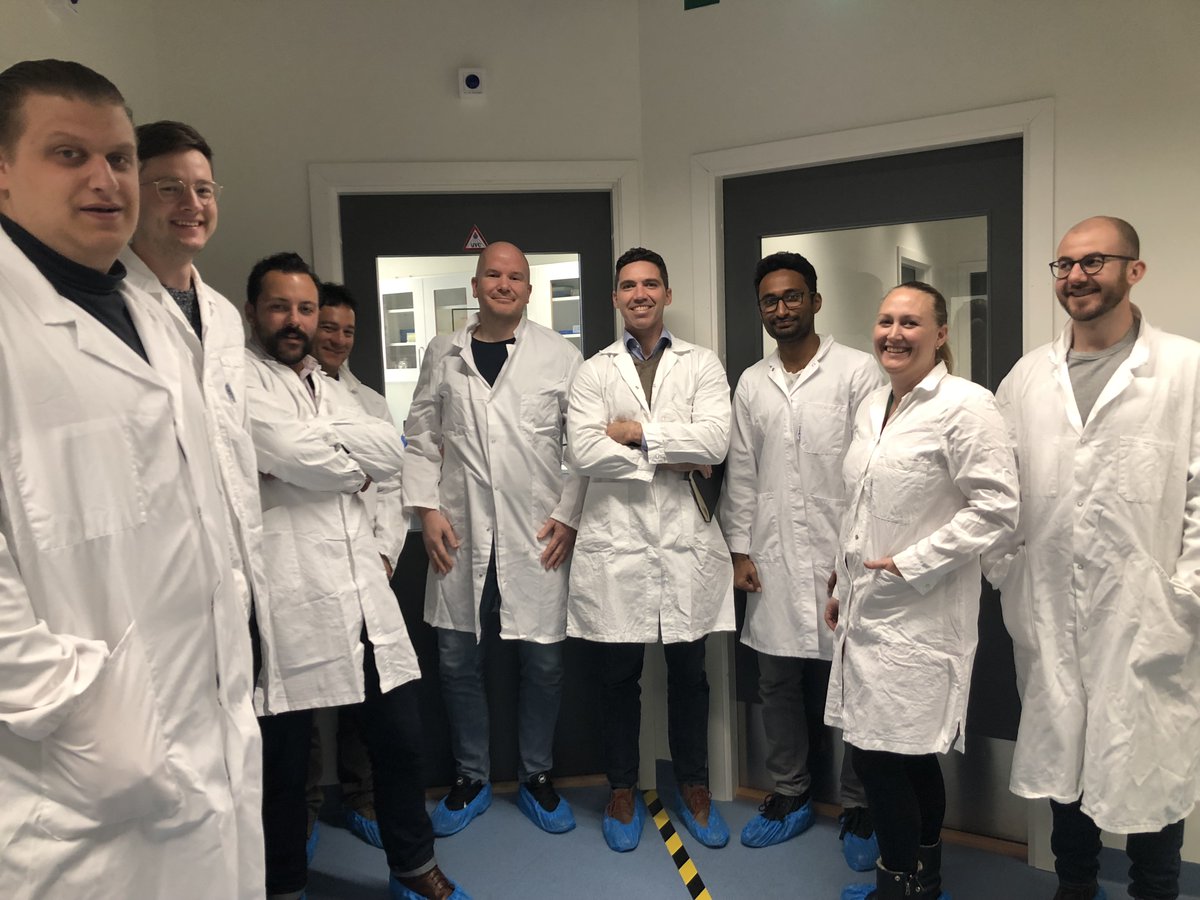 Alexander Farthing, the co‑founder of Alune Aqua, was inspired to start his company after hearing about the lack of financing available to the global shrimp farming industry.

Alexander notes, “Everyone we’ve met in Bergen is looking at the same problem. It’s the big problem of making aquaculture into a sustainable and long-term solution.”

“It’s been cool to be involved in that, and to be in the same place with like-minded people.”

Suzan from Minnowtech agrees. Her company is working on a robot that can measure biomass within shrimp ponds, helping farmers to get a clearer picture of their crop.

“I’m really passionate about food sustainability, and food security,” says Suzan. “I really hope we can make an impact.” 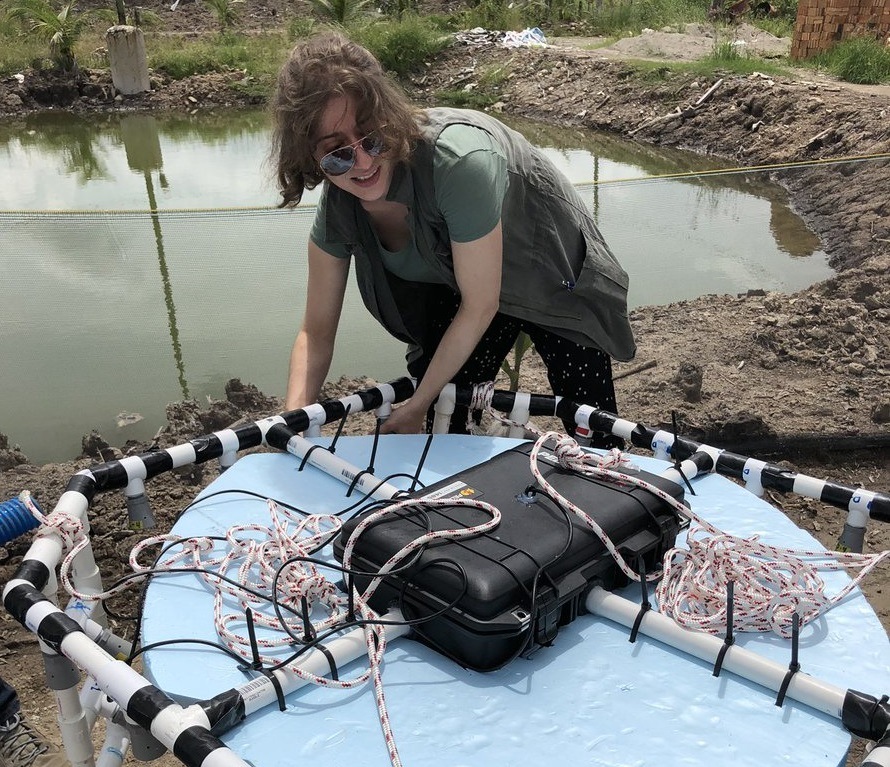 Suzan Shahrestani​ from Minnowtech works on her company’s waterborne robot, which will help shrimp farmers to monitor their farms

One thing that has struck the founders is how welcoming the seafood industry in Bergen has been.

“People have been willing to agree to meetings, and give you their time, which is so important when you’re a startup company,” says Evan Hall.

Read more: “There is no other place in the world like Bergen,” says start-up founder

Evan and his co‑founder Dominique Bureau are behind Wittaya Aqua, a startup that aims to improve how fish feed is used in aqua farms around the world.

He’s received some promising leads since arriving in Bergen. “It’s exciting from my company’s standpoint to see that the big seafood players are still open to hearing about new, innovative ideas.” 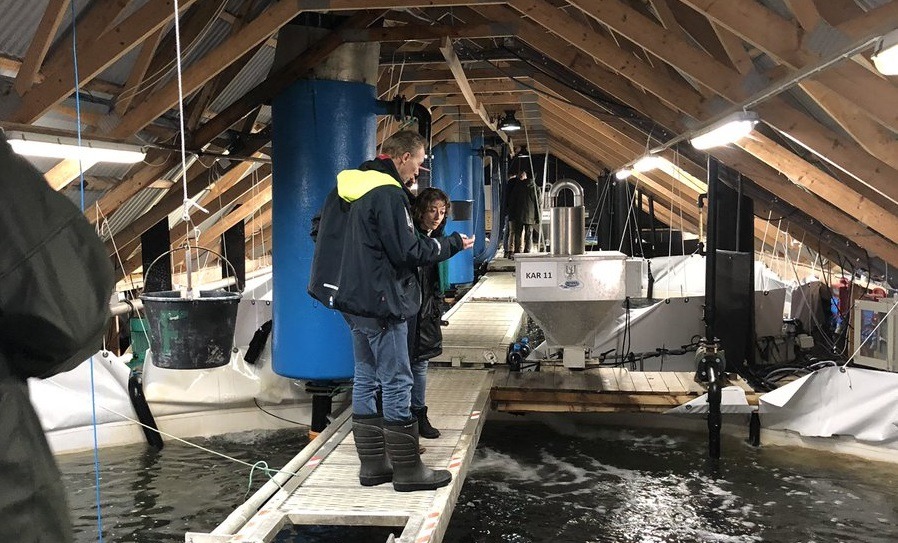 The startups visited a facility where young salmon are raised on land, before being transferred to the Norwegian fjords

Adieu, but not goodbye

One thing is common among all of the startups we spoke to – they all agree that this won’t be their last visit to Bergen.

For Evan, the city’s tall buildings remind him of his home city of Toronto. For Alexander, it’s the long walks in the mountains and the Norwegian lifestyle that he’ll miss.

Kranthi Chand at Savitri Aquamonk is also finding it hard to leave. For Kranthi and his co-founders, who are working on monitoring technology for shrimp farms, their visit to Bergen has left a deep impression.

“We’ve spoken to companies that are on the forefront of research into aquaculture,” he says. “Bergen truly is the seafood capital of the world.”