John Fitzgerald is developing a new type of fish cage that will allow salmon producers to move out into the open ocean.

An engineer from Dublin may have a solution to some of the challenges facing Norwegian salmon farmers.

John Fitzgerald, founder of the company Impact-9, is developing a new fish cage that will help producers to move their salmon offshore.

He explains that this approach could help farmers to reduce sea lice outbreaks, as well as stopping diseases from spreading.

Fitzgerald’s design is lighter and easier to assemble than other offshore cages, while still being tough enough to cope with the harsh North Sea climate.

The entrepreneur comes from the marine energy sector, and is used to creating structures that can stand up to the battering of the waves. He says: “When I started looking at aquaculture, I realized that I could have an impact here.”

His company came to Bergen recently, in order to meet with aquaculture industry members and discuss the issues that they are facing. 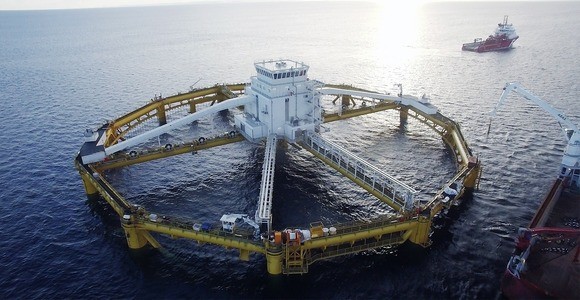 Many Norwegian salmon producers are considering a move offshore. Their designs, including SalMar’s Ocean Farm 1 (pictured), typically use steel structures to protect against the harsh North Sea climate. Photo © SalMar.

As of today, most of fish farming takes place in Norway’s sheltered fjords.

However, these areas are also home to tiny parasites called sea lice, which are causing a big problem for the salmon farming industry.

The issue can cost farmers as much as around NOK 5 billion a year. For this reason, more and more farmers are now thinking about moving out to sea, where the currents are stronger and there are fewer lice.

Yet Fitzgerald warns that the industry will need to think differently when venturing into the ocean. “Currently, designers are pulling standards off the shelves from the oil and gas industry,” says the founder.

“In the case of Ocean Farm 1, this resulted in a massive structure weighing over 7,000 tonnes of steel and costing over €70 million to build and deploy.”

He points out that these structures are also difficult to tow into land and, due to their size and complexity, come with hefty maintenance costs.

Impact-9’s fish cage will be partially submerged below the “sea lice belt”.

His design is instead made from lighter, flexible materials, and is able to move with the waves rather than resisting them. This makes it both cheaper and easier to assemble than other models.

“Our effort is focused on opening up new ocean real estate to salmon production, while maintaining competitiveness,” Fitzgerald adds.

Impact-9’s cage will also be partially submerged, bringing it under the so-called “sea lice belt” where the parasites are most likely to be found. 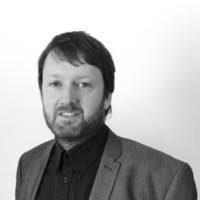 While in the city, he was able to meet with aquaculture companies including AKVA Group and the salmon producer Lerøy.

“The highlight was meeting people with decades of service in salmon farming,” explains Golden. “Impact-9 has the technology, but these guys have the experience.”

The company are now aiming to develop their designs further, and are looking at testing the technology in a range of countries including Norway. Fitzgerald plans to launch a full‑scale pilot facility out at sea in the next two to three years.

In time, he is hoping that this new fish cage design will help salmon producers around the world to venture out into the open ocean.