When first phase is complete, Norway’s Northern Lights facility will receive and store 1.5 million tonnes of CO2 per year, making this one of the largest carbon capture and storage projects in the world. Photo © CCB EH

Norway, through the Northern Lights Project (consisting of Equinor, Shell and Total), is planning to capture, transport and store large volumes of carbon dioxide (CO2) subsea, under the Norwegian Continental Shelf – here’s what you need to know.

When first phase is complete, Norway’s Northern Lights facility will manage to receive and store 1.5 million tonnes of carbon dioxide per year. The capacity is planned to be increased significantly.

That’s a staggering amount of CO2, equivalent to taking 325,000 cars off the road, and would make a hefty dent in the country’s overall emissions figures.

In this article, we’ll take a look at how the project will work, and how it could impact the fight against climate change.

The Northern Lights CCS (Carbon Capture & Storage) project will start by receiving major amounts of CO2 captured from two facilities in the south of Norway, before shipping this to Øygarden municipality on the country’s west coast.

The CCS facility will be located at CCB Energy Park at Kollsnes.

The project includes the Norcem cement factory at Brevik, which will capture roughly 400,000 tonnes of CO2 per year. Demonstrating CO2 capture from a cement factory will be an important milestone, as the cement industry accounts for roughly 5-7 percent of total CO2 emissions globally.

Once captured, the CO2 will be compressed and cooled until it reaches a liquid form. It will be loaded onto ships and transported to the terminal at Kollsnes in Greater Bergen.

From here, the carbon dioxide will be pumped through a 110 km pipeline into the approved geological reservoir in the North Sea Basin, where it can be safely stored.

In addition, other companies will be delivering CO2 to the CCS facility at CCB Energy Park. There is a rising demand to capture and deliver CO2 to a safe and secure CCS facility. 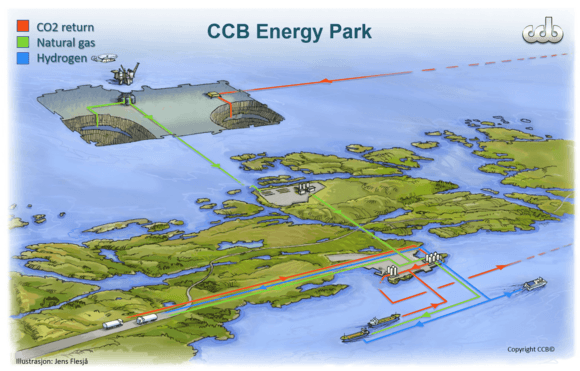 The planned facility at CCB Energy Park will be able to store huge amounts of CO2 under the seabed. Kollsnes is also home to a natural gas processing plant, and the area could be used to produce hydrogen in future. Photo © CCB EH

Carbon capture and use

The company CCB Energy Holding, together with Øygarden municipality, are the owners of the location in Øygarden at Kollsnes.

The Northern Lights Project will be the owner of the planned hub for receiving and storing CO2 as part of the project at CCB Energy Park.

CCB Energy Holding, together with Øygarden, are very pleased to be the chosen location for this important project, and believe that the Northern Lights Project could encourage the growth of a whole new industry in Greater Bergen.

The area will attract not only companies that need to deliver CO2, but also other production companies that can take advantage of the CO2 storage facility.

CCB Energy Park is located in the Greater Bergen region. The Northern Lights Project could encourage the growth of a whole new industry this area of Norway. Photo © CCB EH

When will the CO2 storage facility go live?

Energy majors Equinor, Shell and Total, the partners behind the Northern Lights Project, have already carried out comprehensive, preparatory studies and found a suitable reservoir for the project.

It is expected that the Norwegian government will take a final investment decision on the Northern Lights Project during the course of 2020. The CO2 storage facility is planned to start operating in 2023/24.

Initially, the storage facility will involve the two Norwegian companies mentioned above. Then, the plan is to open up for other companies to deliver their captured CO2 for safe and permanent storage. 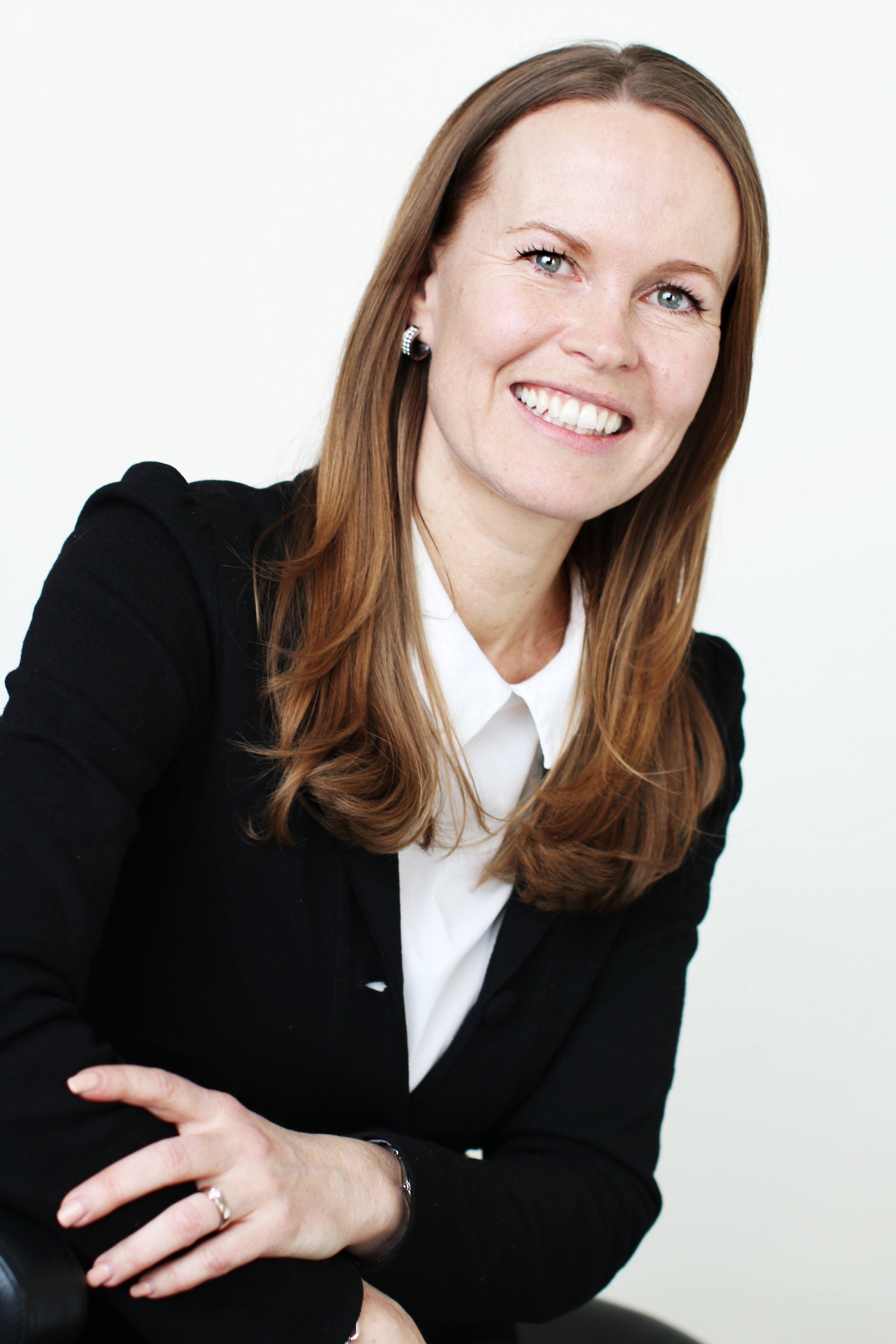 Along with the planned Northern Lights facility, CCB Energy Park is also home to one of Norway’s major processing plants for natural gas.

This gives the site some unique benefits when it comes to producing clean fuels such as hydrogen.

ZEG Power, a company delivering innovative technology and equipment for hydrogen production from gas with integrated CO2 capture, has partnered with CCB on a new initiative to deliver clean, cost efficient hydrogen as fuel to users of fossil energy.

This may include ships, transport vehicles and various machines for industry as well as other markets.

Kathrine Ryengen from ZEG Power states that creating clean hydrogen from natural gas in this way, where CO2 is captured and stored, could provide significant opportunities for Norway in the future.

“I believe it is important for Norway to build on the technology, competency and skills gained from the oil and gas industry,” says Ryengen.

“Many people are saying that our natural gas resources should remain in the ground, but there’s no reason for this if we can use these resources in a clean and sustainable way. By changing the premise, you can create great opportunities.

“By using our vast amounts of natural gas to produce clean hydrogen, we can sustain and create jobs and nurture a new export industry for Norway.”

Longer term, the Norwegian company plans to sell and deliver further hydrogen plants both at Kollsnes and at locations across the world.