Cruise companies and other major industry players took part in a workshop in Bergen, to discuss the industry's climate impact.

The global cruise industry is now charting a new course, after the world’s largest cruise lines gathered in Bergen to discuss reducing their carbon emissions.

“We have discussed entirely new concepts for how the cruise industry might look in future,” explained Christina Ianssen from the Bellona Foundation, who was also present.

The global cruise ship industry is estimated to produce around 19,000 metric kilo-tonnes of waste carbon dioxide a year – that’s equal to the emissions of 4 million passenger vehicles per year.

Carnival has pledged to reduce its carbon emissions by 25% by 2025, while Royal Caribbean is aiming to cut emissions by 35% by 2020.

At the recent event in Bergen, the cruise industry giants came together with other major industry players including Wärtsilä Ship Design, DNV GL and the Port of Bergen.

The industry members discussed a range of ideas that could help to make cruise ships more environmentally‑friendly.

The workshop is part of the wider “Green cruising” project, led by the NCE Maritime CleanTech business cluster based in western Norway. 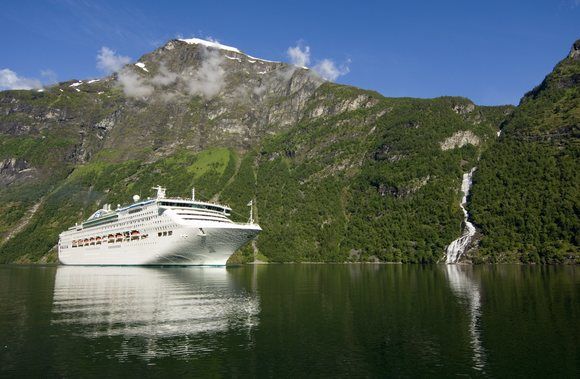 It was fitting that the session was held Norway, as the country has recently decided to ban carbon‑emitting vessels from its famous fjord region.

From 2026 onwards, the nation’s UNESCO‑protected fjords will only be open to ships that are powered by batteries or hydrogen fuel cells.

Several cruise companies in Norway are currently working on a new generation of climate‑friendly vessels that can live up to these strict requirements.

Trond Amland, from NCE Tourism Fjord Norway was present at the meeting and commented that the industry was taking a step in the right direction.

“I believe in the holistic approach we are taking here. The cruise industry faces many challenges, and we need to approach them from a number of different angles.”