The Longship scheme will involve capturing many thousands of tonnes of CO2, before storing this under the sea bed in western Norway. Photo © Coast Centre Base

The “Longship” project, launched this week by the Norwegian government, could give a major boost to the Bergen region.

The scheme will involve capturing thousands of tonnes of carbon emissions from two industrial plants. This CO2 will then be transported to Kollsnes in Greater Bergen, where it will be stored in a reservoir under the sea bed.

“Longship is a milestone in the Government’s industry and climate efforts. The project will lead to emission cuts, and facilitate development of new technology and thus new jobs,” said Norway’s Prime Minister Erna Solberg.

Many of these new jobs will be at CCB Energy Park in Kollsnes. Here, local players such as Coast Centre Base (CCB) will play a key role in receiving and storing the waste carbon dioxide under the North Sea.

Now, Norway’s government has submitted a white paper to parliament, proposing to grant a massive NOK 25 billion ($2.7 billion) in order to support the project. 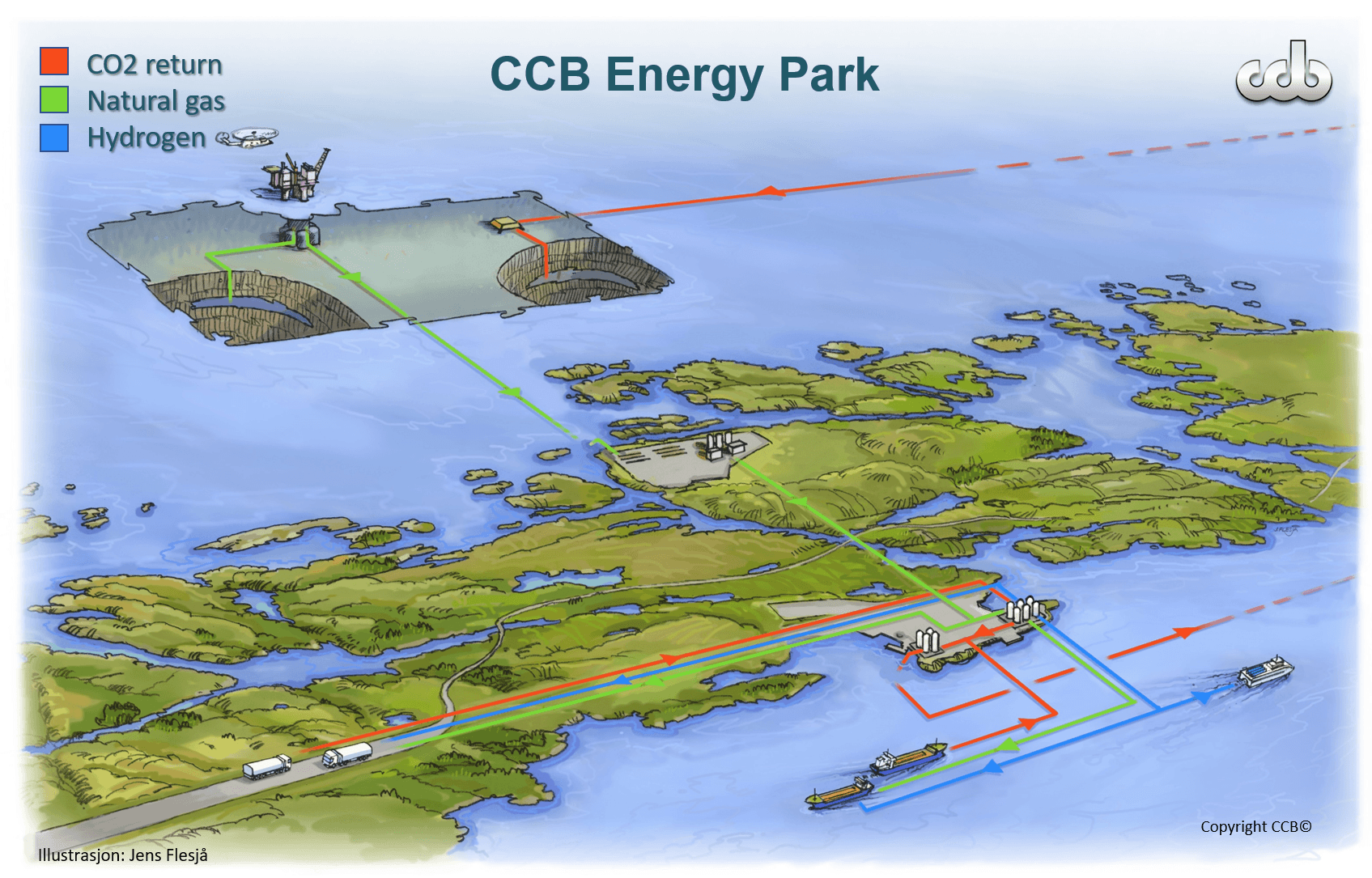 The planned facility at CCB Energy Park will be able to store huge amounts of CO2 under the seabed. Kollsnes is also home to a natural gas processing plant, and the area could be used to produce hydrogen in future. Photo © Coast Centre Base

Part of the funding will go towards establishing a carbon capture facility at the Norcem cement factory in Breivik.

This plant will be capable of capturing around 400,000 tonnes of CO2 per year, which is equal to the emissions from roughly 200,000 passenger vehicles.

If more EU or private funding is available, then the government also has plans to support another carbon capture facility at Fortum’s waste-to-energy plant near to Oslo, which would capture an additional 400,000 tonnes of carbon dioxide per year.

As part of the Longship scheme, the government will also provide funding for the Northern Lights project.

This project, a joint venture between Equinor, Shell and Total, involves transporting the captured CO2 to western Norway and storing it under the sea bed.

The facility in Greater Bergen will be ready to begin storing carbon dioxide in 2024, and initially, the storage facility will involve the two Norwegian companies mentioned above.

However, in the long term, the plan is to open up for other companies across Europe to deliver their carbon emissions for safe and permanent storage.

What’s next for Norway’s energy industry? Download our free e-book 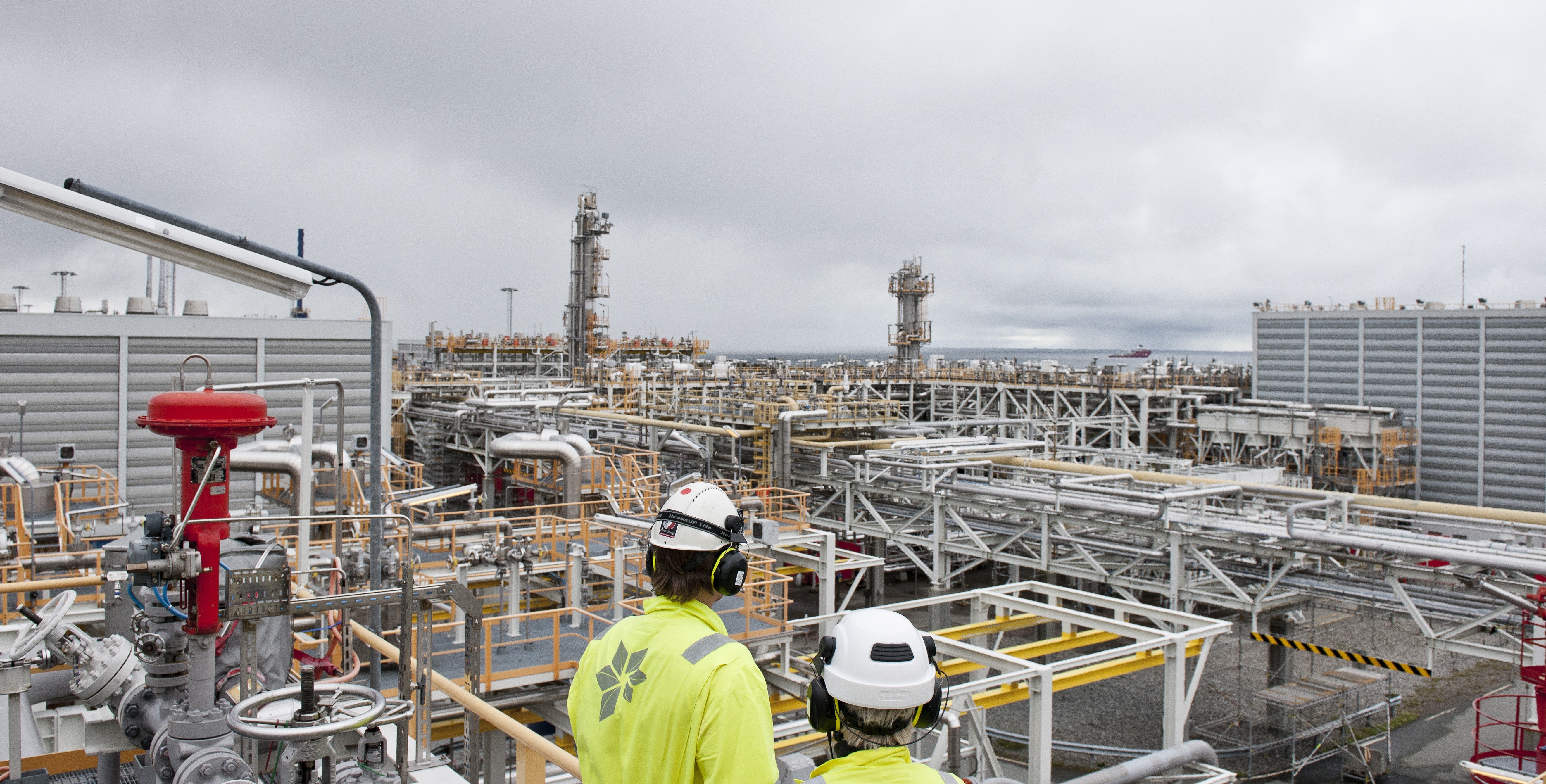 CCB Energy Park in Greater Bergen will be the site of a new hydrogen plant, and could welcome other companies that are involved in either storing or using CO2. Photo © Equinor / Helge Hansen

The start of a new industry in Greater Bergen?

CCB and Øygarden municipality are very pleased to be the chosen location for this initiative, and believe that the Northern Lights project could encourage the growth of a whole new industry in Greater Bergen.

According to CCB, there has already been strong interest from companies who would like to store their CO2 in the region.

This includes ZEG Power, a company that is developing technology for producing hydrogen fuel with zero emissions.

CCB and ZEG Power recently signed an agreement to create “blue hydrogen” at Kollsnes using natural gas, while storing the resulting CO2 emissions under the sea.

In future, it may also be possible to use some of the large amounts of waste carbon dioxide flowing through Kollsnes in order to manufacture new products.

For example, local company Bergen Carbon Solutions is pioneering the use of CO2 as a raw material for making carbon nanofibres. These microscopic fibres could enable us to build stronger vehicle components, longer-lasting batteries – and could even help to deliver cancer drugs in the future.

As Greater Bergen becomes the Norwegian, and perhaps even the European hub for capturing and storing carbon, we could be seeing many more of these exciting developments in coming years.