Offshore platforms have been vital extraction tools and symbols of the Norwegian oil and gas industry. Now, as Norway gradually divests from oil and gas extraction, is decommissioning being done in the best possible way?

As a nation, Norway’s growth has largely been attributed to its petroleum sector. Considering the industry’s divestment, however, it is natural to assume that oil and gas firms would have a comprehensive cessation plan and exit strategy. But how comprehensive are these plans? Moreover, how effective in practice?

These are some of the questions that the PRE-DECOR project has sought to answer.

The PRE-DECOR project is a research endeavour investigating the decommissioning regulations and contractual implications of offshore infrastructures. The project studied the key elements of decommissioning from a legal, regulatory, and economic perspective. It also sought to understand how these contractual and financial implications influenced ecology, sustainability, and circularity. Funding for this research project was secured through the Regionale Forskningsfond Vestland (RFF Vestland).

This research project was conducted by Gunnar S. Eskeland, Professor of Resource and Environmental Economics at the Norwegian School of Economics, Ignacio Herrera Anchustegui, Associate Professor of Energy and Competition Law at the University of Bergen, and Charlotte Gannefors Krafft, Senior Advisor and Manager for Energiomstilling Vest (EOV), a knowledge cluster focusing on sustainable energy transition. EOV’s cluster members include the Norwegian School of Economics, the University of Bergen, the Western Norway University of Applied Sciences and the NORCE research institute. 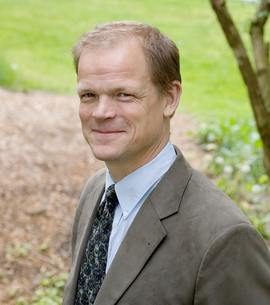 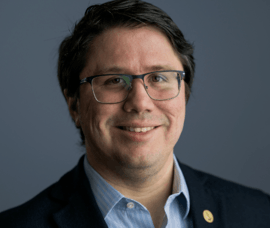 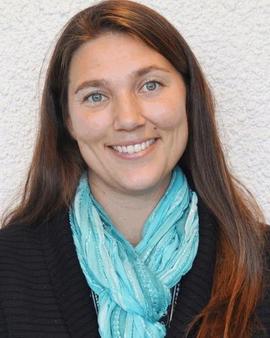 Professor Eskeland explained that the overall aims of this project were to:

As Professor Herrera Anchustegui summarised, “it’s about how we can decommission, not just from a technical perspective, but also from a legal and economic perspective as well”. Krafft added, “the idea is to look into what rules, laws and contracts are already in place and how they function, in order to understand what the barriers might be”.

The data gathered from the PRE-DECOR project will serve as a springboard for further research ideas and activities focusing on reutilisation, decommissioning and circularity within offshore energy infrastructures.

The Law of Decommissioning

Norway’s oil and gas discoveries, while advantageous, came with their own set of responsibilities. To this end, the Norwegian Ministry of Petroleum and Energy was formed in the 1970s to oversee oil and natural gas production along the North Sea’s Norwegian Shelf.

To further protect Norwegian interests, chapter five of the Petroleum Act, pertaining to the “cessation of petroleum activities”, mandates that oil and energy firms seeking to extract oil and natural gas from the Norwegian Shelf submit a decommissioning plan with disposal strategies and their anticipated impacts.

In 1992, the OSPAR International Convention was signed with its own mandate of protecting maritime ecosystems from pollution and other potentially harmful human activity, including oil and gas extraction. With the increase in the number of offshore oil platforms nearing the end of their lifecycle, Decision 98/3 was ratified. This requires that platforms be completely decommissioned and disposed of. However, Decision 98/3 allows for certain exceptions, where parts of or the entire structure can be left in place under certain conditions.

“From our analysis, we see that in almost all the countries that have legislation on oil and gas, there is an obligation for decommissioning, though how extensive and thorough that obligation is varies,” said Professor Herrera Anchustegui. He added that “the law pertaining to decommissioning provides a basic framework but no exhaustive regulation, meaning that the small details of the decommissioning plan are often negotiated”.

With platforms and other structures being decommissioned, the question is whether recycling is being done in an optimum manner.

During a PRE-DECOR webinar, Professor Eskeland indicated that while a governing authority (in this case, the Norwegian government and OSPAR) works to ensure that the commitment to decommissioning is being met, their effort can have an unintended consequence. While the removal obligation does reduce the risk of license holders side-stepping their decommissioning obligations, it also limits the potential for innovation in “recommissioning”.

Using the phrase “where there’s gold, there are usually gold-diggers”, Professor Eskeland spoke of how a business owner could, hypothetically, be able to reutilise an element decommissioned from a platform but could also run into “regulatory constraints” as well. Ultimately, this would inhibit a business’s ability to contribute to, or even possibly create a whole new value chain.

“I believe that it’s important to know where these opportunities are, which is the role of business people and industry leaders. Part of my role as an economist is to ensure that regulations and incentives aren’t standing in the way of job and value creation opportunities, or ecological development,” said Professor Eskeland

The PRE-DECOR project will serve as a launchpad for future research projects aimed at building academic and technical competence for optimising decommissioning. In particular, it will seek to continue its study on the reutilisation, decommissioning and circularity of offshore energy infrastructures.

According to Professor Herrera Anchustegui, research efforts will be devoted to studying how to integrate sustainability and circularity into the decommissioning process as a whole. Citing how recycling can simply entail melting down the steel from an oil platform while completely disregarding the other valuable components within it, the team will seek to investigate how to optimise the use and re-use of these materials.

Regarding the latter, Krafft acknowledged the need for using lessons learned from decommissioning in oil and gas. She added, “as Norway moves forward with offshore wind, EOV cluster partners underline the importance of investigating if improvements in decommissioning oil and gas platforms can be made, so as to ensure that moving further into the future, we have the necessary competencies for decommissioning other offshore structures”.