A group of companies are planning to build a new hydrogen facility in Greater Bergen, in order to produce clean fuel to Norway’s shipping industry.

The facility at Mongstad Industrial Park will deliver liquid hydrogen to vessels up and down the Norwegian coast, helping the sector to reduce its carbon emissions.

The main partners behind the initiative include the French international company Air Liquide, as well as Norwegian businesses Equinor and BKK. These companies are expected to take a final investment decision on the project by the end of 2020.

The shipping company Wilhelmsen will also be designing two new zero-emissions cargo ships that will distribute hydrogen along Norway’s coastline.

During the selection process for the new facility, Invest in Bergen took an active role in championing the benefits of Mongstad Industrial Park.

“We believe that Mongstad is the perfect place for establishing hydrogen production and other green industries, and we provided this input to the project partners,” explains Vidar Totland from Invest in Bergen.

“It is great to hear that the consortium has now chosen to establish their hydrogen facility here. We are particularly pleased that the international player Air Liquide has given our region their vote of confidence,” says Totland.

“We are now looking forward to welcoming other innovative companies to Mongstad Industrial Park.”

Read more about the benefits of Mongstad Industrial Park

Mongstad Industrial Park is one of Norway’s leading industrial clusters, with a growing focus on the green and renewable sectors. The industrial park in Greater Bergen offers large areas of pre-zoned land available for setting up new companies.

When the hydrogen facility is completed in 2024, it will use renewable energy, as well as low-carbon hydrogen from the nearby oil refinery, to create clean fuel for ships and goods vehicles across Norway.

Such steps to decarbonize the transport industry are important, as this sector is known to make up roughly 15% of total greenhouse gas emissions around the world.

The scheme represents a huge investment in the Mongstad region, with the production facility itself costing more than NOK 1 billion. Around 300 people will be employed during the construction stage, with a further 15 needed to run the facility once it is built.

“We considered several locations for the facility, and the final choice was between Husnes and Mongstad,” explains Bjørn Sundland, Business Developer at BKK and project leader for the hydrogen scheme. “In the end, we chose Mongstad because it is closer to potential customers in the Norwegian shipping industry.”

Another major selling point was the Greenspot Mongstad initiative at Mongstad Industrial Park, which is aiming to lay the foundations for green and renewable industries to flourish here.

This industrial park is also developing a green profile, which is interesting to us,” Sundland continues. “Our facility will be based next to other renewable and green businesses, and there might be opportunities to collaborate with these players in the future.” 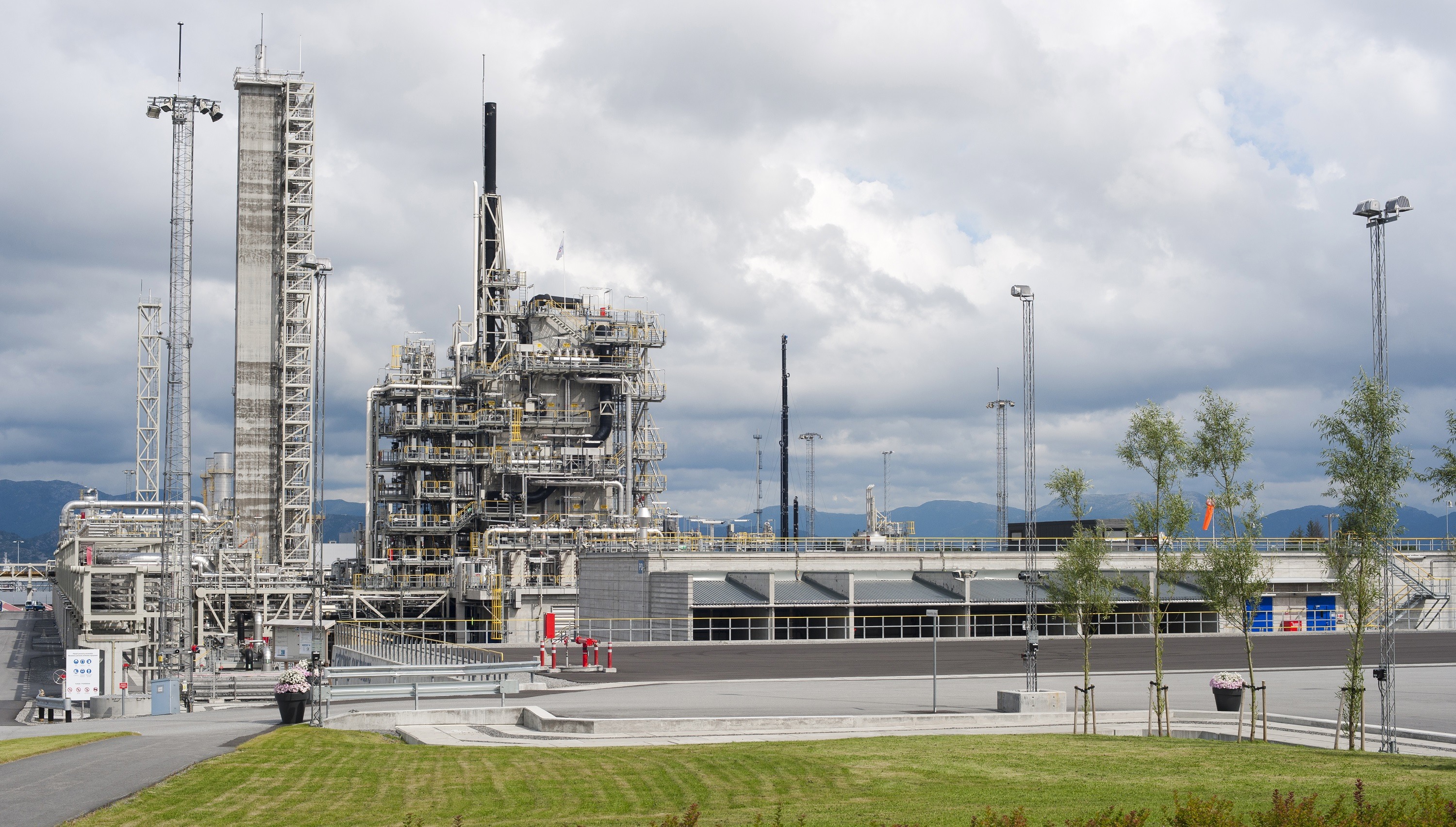 One of the green businesses at Mongstad Industrial Park is Technology Centre Mongstad (TCM). This is the world’s largest facility for testing and improving CO2 capture technologies.

One of the first customers for the hydrogen facility at Mongstad could be the shipping company Wilhelmsen.

The company is a part of the consortium, and is working on plans for two new zero‑emissions cargo vessels that will shuttle between Bergen and Stavanger.

Its “Topeka” ship concept will run on liquid hydrogen from the Mongstad facility, and will have a zero‑carbon sailing distance of up to 400 nautical miles.

It’s estimated that these two ships will be able to replace 20,000 truck journeys each year, helping to slash carbon emissions in the process.

Download our free magazine on the future of shipping

As well as transporting goods, the Topeka vessels will also deliver hydrogen from the Mongstad facility to a series of terminals along the Norwegian coast. These terminals, located at NorSea supply bases, will then be able to provide the clean fuel to ships, trucks and busses.

Jan Eyvin Wang, Senior Vice President at Wilhelmsen Group, says: “As an energy carrier, hydrogen creates opportunities for low‑ or zero‑emissions shipping. The Topeka concept enables zero‑emissions voyages of up to 400 nautical miles, which provides a useful example for others to follow.”

“The new hydrogen terminals will also help to remove barriers to investing in hydrogen solutions, both for the oil and gas sector as well as other industries.” 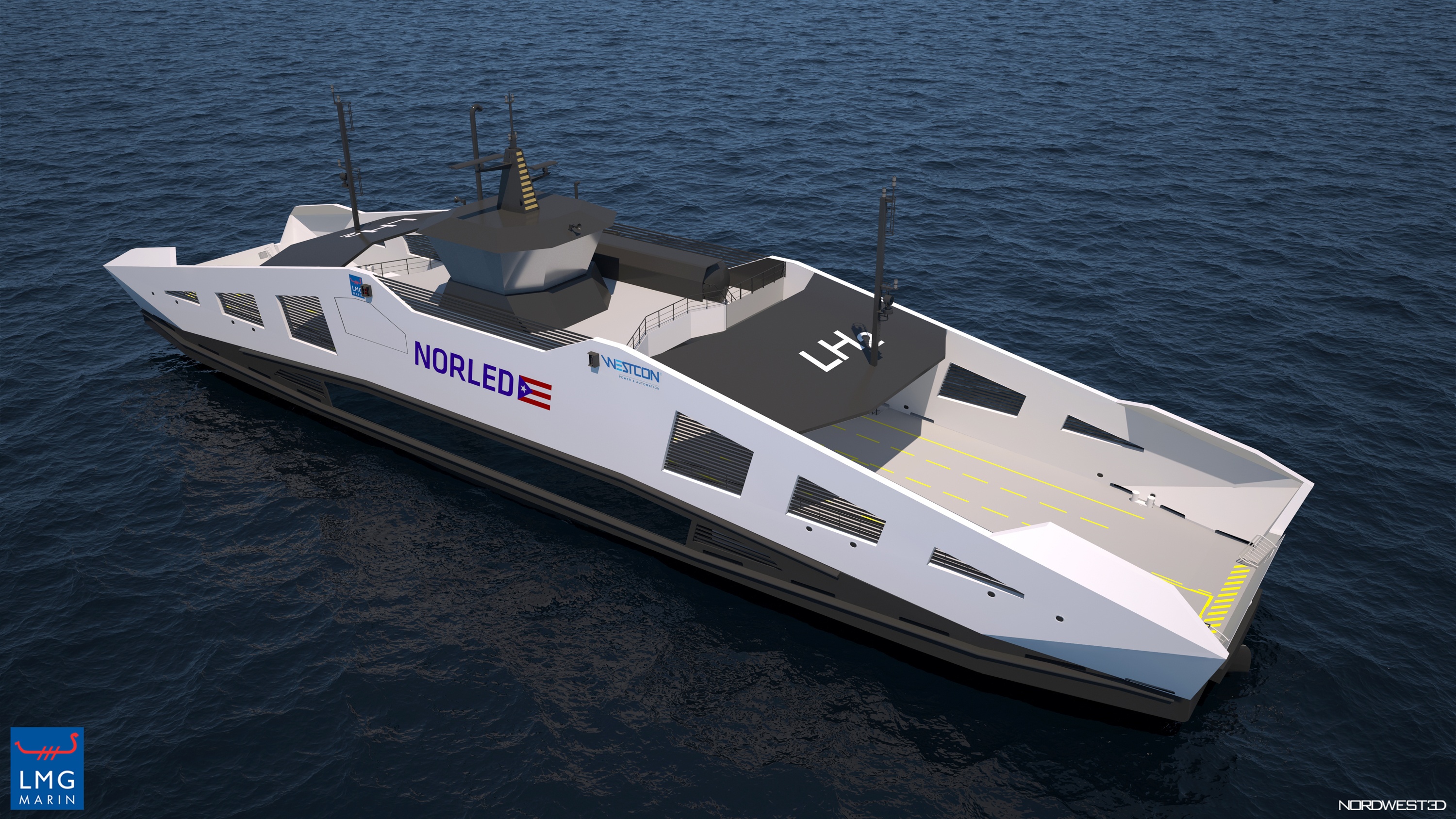 The shipping company Norled is developing the world’s first hydrogen-driven passenger ferry, (pictured) which is set to begin sailing on the Norwegian coast from 2021. Western Norway could also see the introduction of zero-emissions fast ferries from 2022 onwards. A strong local supply chain will be needed in Norway in order to meet the country’s growing demand for hydrogen.

Last year, the consortium received a grant of NOK 33.5 million towards the scheme through the Norwegian government’s Pilot-E programme.

The consortium also includes the shipping companies Norled and Viking Ocean Cruises, which are planning on using hydrogen to power their ships in coming years.

Norled is currently developing the world’s first hydrogen-powered passenger ferry, that will run between Hjelmeland - Skipavik - Nesvik in western Norway. The company is also involved in a project to develop zero‑emissions fast ferries that will serve the Norwegian coastline.

Thanks to a resolution by Vestland County Council, the region could see new zero‑carbon fast ferries being introduced as early as 2022, and by 2024 at the latest.

These partners are joined in the consortium by supply base operator NorSea, research organization NORCE and the NCE Maritime CleanTech business cluster.

The project partners BKK, Equinor and Air Liquide will now establish a new company for the hydrogen facility, and will aim to take a final investment decision by the end of 2020.

The consortium members can then begin construction of their facility at Mongstad Industrial Park. Wilhelmsen will also start building its two zero‑emissions vessels.