Viking Energy will be the first ever ship fitted with clean ammonia fuel cell technology.

Equinor has awarded Eidesvik Offshore with a 5-year contract to modify its vessel “Viking Energy”, which will serve North Sea oil and gas platforms.

The ship will be fitted with ammonia fuel cells, allowing it to sail for long voyages without creating carbon emissions.

“Equinor aims to reduce the emissions in our supply chain, and regards the use of ammonia as a promising solution,” says Cecilie Rønning, senior vice president for Equinor’s joint operations support.

The ShipFC project includes a consortium of 14 companies and institutions, led by the Norwegian cluster NCE Maritime CleanTech.

During this ground-breaking project, the partners will be installing a large‑scale 2MW ammonia fuel cell aboard Viking Energy.

This should enable the ship to sail for up to 3,000 hours a year using only clean power.

One of the main goals of the scheme – funded by the EU’s Fuel Cells and Hydrogen Joint Undertaking initiative – is to demonstrate that larger ships can sail with zero emissions over long distances.

A separate part of the project will look at how the technology can be transferred to other types of ships, such as offshore construction vessels and cargo ships. 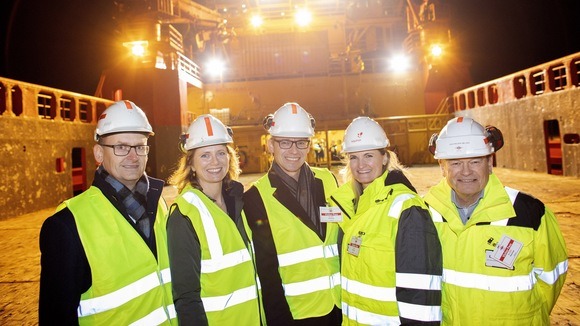 The ShipFC project is the latest stage in a long-running partnership between Equinor, Eidesvik and the shipping technology company Wärtsilä.

These companies have previously collaborated on the world’s first LNG-powered ocean-going ship in 2003. They also worked together on the Viking Lady in 2009, a vessel that has been called “the world’s most important ship” because of its use of batteries and fuel cells.

This productive team is now back together, as Wärtsilä will be in charge of supplying the power systems on board Viking Energy.

When the project is completed in 2024, it’s hoped that the ship will be able to use clean fuel for up to 90% of its energy consumption.

The Bergen-based company Prototech will be responsible for building the fuel cell and testing it on land. Testing will take place at the Sustainable Energy Norwegian Catapult Centre to the south of Bergen.

The Norwegian company Yara will be providing green ammonia for the project, which will be created using electrolysis. 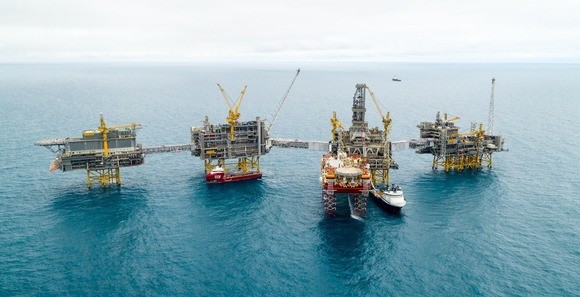 Equinor will slash its carbon emissions in Norway to close to zero over the next thirty years.

Towards a greener future

The project is also a part of Equinor’s wider mission to become as sustainable as possible.

The energy company has recently promised to slash greenhouse gas emissions in Norway by 70% by 2040, and to reach near zero by 2050.

These targets are having a ripple effect on the company’s wider supply chain, which includes suppliers such as Eidesvik offshore and other shipping companies.

During 2020, all of the supply vessels on long-term contracts with Equinor will come with built-in battery power.

For longer voyages, emissions-free fuels such as hydrogen and ammonia will become more widespread in future. NCE Maritime Cleantech’s chief executive Hege Økland believes that the ShipFC project represents another step in the right direction.

“Shipping has agreed to the goal of decarbonising by the end of the century and to have achieved a global 50% cut by 2050 based on 2008 levels,” Økland says. “As we move onto the right trajectory to achieve these targets, we see interest in new fuels such as ammonia and hydrogen increasing.”

“Ammonia is an abundant energy source and can easily be made from renewable resources, making it one of the fuels that will likely meet part of shipping’s future energy demand.”

Is your company interested in joining the hydrogen supply chain in the Bergen region? If so, you could receive crucial support from Invest in Bergen.

Our organization can provide information, introductions to useful contacts, and we can help you to find the ideal business location in Greater Bergen. If you’re interested in these services, simply get in touch with us today.