Norway's Prime Minister Erna Solberg stated that the oceans will be key to meeting future global challenges, at a conference that took place in Bergen yesterday. Photo © THE OCEAN, ToveLise Mossestad.

THE OCEAN conference kicked off with a speech from Norway’s Prime Minister, Erna Solberg, who stated that the marine industries were “high on my agenda and the government’s agenda.”

Solberg praised the Bergen region as a hub for these industries, “where the ocean economy value chain is complete like nowhere else and is represented by shipping, seafood, energy, services and equipment, academia and R&D institutions.”

The Norwegian leader noted that the world’s oceans will be key to meeting future challenges, acting as a source of vital raw materials such as food and medicine.

This view was echoed by other high‑profile participants including Beate Myking, SVP of New Energy Solutions at Equinor, and Dag Rune Olsen, Rector of the University of Bergen.

Myking, Olsen and other guests took part in a series of “talk shows” led by broadcaster Arne Hjeltnes, with sustainability coming out as an important issue for both industry and researchers.

During the breaks, members of the aquaculture, shipping and energy sectors had the chance to mingle and share their experiences of working with the ocean.

The event is aimed at encouraging crossovers between different disciplines, and an even bigger and better follow-up event is already being planned for next year in Bergen. 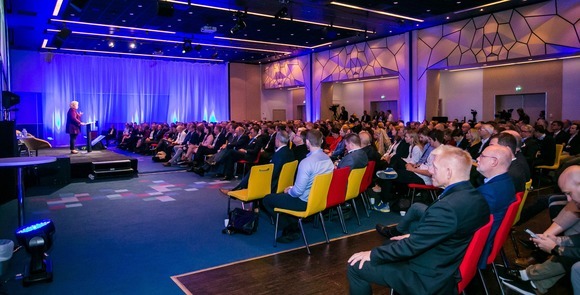 Guests took part in a series of “talk shows” at the conference, with sustainability coming out as an important issue for both industry and researchers. Photo © THE OCEAN, ToveLise Mossestad.

Arne Hjeltnes referred Erna Solberg as the “Ocean Prime Minister” during the conference, as she rules over five times as much sea as land.

During her speech, Solberg pointed out that the ocean economy is expected to double in size from 2010 to 2030, creating many new possibilities for Norway.

She stated that the country is “a world-leading player in all ocean industries, and we are one of the few countries to have a complete ocean cluster.”

Several guests highlighted the importance of working together across the different marine sectors. Inger Graves from Xylem Analytics described this as “an important success factor” for her company.

“In our case, this was driven a lot by the ready-made clusters found here in Bergen like GCE Ocean Technology and NCE Seafood Innovation,” Graves explained.

“These meeting places and programmes that the cluster provides, enable companies like us to get in touch with the market and learn who we should work with, who we should sell to and what they need.” 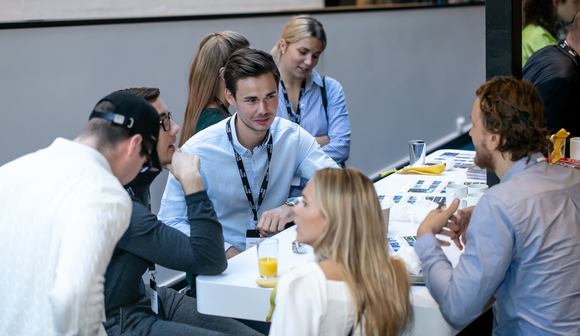 THE OCEAN was also a chance for members of the aquaculture, shipping and energy industries to discuss common issues affecting our oceans. Photo © THE OCEAN, ToveLise Mossestad. ​

Exciting technology on the way

The event was also a chance for guests to discuss new and exciting technologies that were under development.

Ole-Eirik Lerøy, the Chairman of Mowi, introduced the firm’s “Aquastorm” project where large‑scale subsea fish cages would be used to improve fish health and welfare.

A broad range of female leaders and entrepreneurs were present at the event, including Agnes Arnadottir, who spoke about her company Brim Explorer.

While there are some serious challenges facing our natural environments, THE OCEAN conference showed that there are many smart minds working in Norway to solve these problems.

The next edition of THE OCEAN will take place in Bergen from 17-19 September 2020. See you there!

Why not like THE OCEAN’s Facebook page to stay up‑to‑date with the plans for next year’s big event?