Fishing has always been a fixed staple of Norway’s economy. With both the global population and demand for fish increasing, sustainable fishing practices have become progressively vital. This demand has fuelled the global aquaculture industry.

As digitalisation also becomes increasingly prevalent, the need for reliable, actionable data becomes imperative as well. With the difficulties that plague many stakeholders in the aquaculture industry, data analysis, multi-industry collaboration and innovation will also become even more critical. However, without a reliable data source, these processes can’t happen.

So, where can these stakeholders get this data? 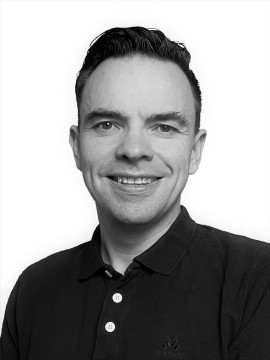 Launched as a big data project by NCE Seafood Innovation, AquaCloud was initially designed to be a secure database to store and analyse collected data in order to predict sea lice outbreaks. At the time of its inception, this project included seven cluster members from NCE Seafood Innovation. These are Lerøy Seafood Group ASA, Grieg Seafood ASA, Mowi ASA, Bremnes Seashore AS, Lingalaks AS, Eide Fjordbruk AS, and AS Bolaks.

Read more about the seafood business in Greater Bergen

Initially, the project was moderately successful, but challenges in data quality and dependability arose. In addition, there were concerns over potential legal and competitive conflicts among the participating companies.

Despite this, cluster members have continued to collaborate well on this project. “The seven companies initially involved in this project were quite visionary, in the sense that they realized that all of these problems that plague the industry can’t be solved by a single company,” said Torsvik.

While data quality and dependability were issues, they made the need for aquaculture data standardisation apparent. To this end, AquaCloud has since evolved from being a “pure sea lice forecasting asset” to a centralized data hub. The data acquired, such as the Sensor Data, Fish Health and Environmental Data, has shown that AquaCloud potentially has “no absolute limits” to what it can accomplish outside of aquaculture.

Furthermore, this latest iteration of the project has managed to sidestep most of the previous legal and competitive complications. “In standardisation, it’s really non-competitive, completely transparent, open to anyone who wants to contribute and, whether you choose to adopt the standard, is voluntary,” said Torsvik. He added that through creating a framework for governance, such as cultivating structures, legal contract templates and so on, they have ensured secure data-sharing.

“We want to increase the collaboration and get more participants on board. We’ve also entered into a collaboration with Seafood Norway to work on a national fish health database, which would be used to report on things such as mortality and loss of fish. We see a lot of potential to do more on that, as well as bring on more farmers to participate. We have quite ambitious goals for that,” said Torsvik.

Be sure to catch Invest in Bergen at NASF 2021