It’s common knowledge that the world’s oil and gas reserves are limited and that their excessive use will have a negative environmental impact. Recognising this, Semco Maritime has made its own strides in the global, environment-focused transition known as “the green shift”. With its growing knowledge base and increasing expertise in renewable wind energy, Semco Maritime’s pledge has been to offer value to its customers.

Semco Maritime is a multi-faceted project engineering and contracting firm that is headquartered in Denmark, with multiple offices worldwide. Beginning as a modest firm offering technical solutions, it has since grown into a recognisable name within the global energy sector. This growth is attributed to more than 40 years of developed competence in both the oil and gas and more recently, renewable energy sectors.

This expertise includes Engineering, Procurement, Construction, and Installation (E.P.C.I.) services for offshore wind farm substations. “We have multiple offices that provide services and maintenance for various operational wind farms, and this business has an annual turnover of roughly 170-180 million NOK,” said Ole Angell, who is responsible for the development of New Business lines at Semco Maritime’s Norwegian office. 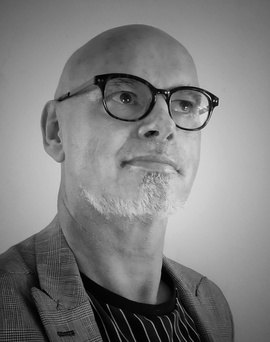 Offshore substations (OSS), by definition, are complex systems of submarine cables used to collect and transfer the power generated from offshore wind turbines. They’re essential because they stabilise/maximise the voltage of the power generated, reduce potential electrical losses, and transmit the generated electricity to shore.

Since then, Semco Maritime has become a market leader in OSS construction, having built more than 20 substations, and serviced more than 50 windfarms. This has contributed to their competence and customer success consistently growing.

Among their impressive pedigree has been their work with Mayflower Wind, a huge wind farm off the coast of Nantucket, Massachusetts, with a capacity of generating 1.2 gigawatts of electricity. Currently, they’re covering the engineering, procurement, and construction of a massive OSS for this field.

As Semco Maritime’s capability grows, so has its reputation. “Presently, 25-30% of Semco’s annual revenue, and more than 50% of our backlog, comes from wind,” said Angell.

With more firms within the energy sector transitioning to renewable alternatives, innovative solutions and services have become increasingly prevalent. Despite the growing competition, Semco Maritime has still been able to stay ahead of the game. “Our expertise has grown to the point that we can do more than just put together an offshore substation,” said Angell.

What has given them a competitive edge has been their ability to utilise and incorporate solutions and services that were originally designed for their oil and gas endeavours, thereby offering customers more than just a typical substation.

“Over the years, we’ve added more and more bits to our substations. For example, we’ve done a lot of work incorporating onboard firefighting and fire monitoring systems, as well as remote monitoring and communications systems. These are all in-house solutions and integrated into our offshore wind projects,” said Angell.

Along with these integrated in-house systems, Semco Maritime consistently seeks out ways of “trimming the supply chain”, through a combination of cost-effective staffing and operational practices. An example of this, according to Angell, is in substation maintenance, where instead of automatically sending out staff to conduct routine equipment checks, smart monitoring solutions can be employed. This can be used to ascertain any technical issues, their severity and whether they can be resolved remotely. Another example can include on-site monitoring apparatuses to measure wave levels and wind speeds at a wind farm, to determine if it’s possible, and necessary, to send out staff.

Angell summarises that these practices have allowed Semco Maritime to not only maintain its competitive advantage but also drive value for its customers. “We have the core competencies, the right partners that we work with, and a global supply chain. While we’re constantly working on making our processes more efficient, we’re content with our progress thus far,” said Angell.

A key asset for Semco Maritime has been Hanøytangen, which is both a multiple-purpose assembly site and home to one of the largest drydocks in northern Europe.

Originally a shipyard back in the 1970s, it has since been used for various projects. According to Angell, an advantage of Hanøytangen has been its ability to facilitate the construction of both “steel and concrete solutions”. He cited Oslo’s Bjørvika tunnel, which was constructed at Hanøytangen, as an example of the latter.

In addition, Angell described Hanøytangen as being like a garage, where one can store and upgrade a car to make it greener, citing that a key task for them is to “implement conversions such as hybrid electrical solutions for rigs”.

At this year’s “Nordic Industry Workshop”, a multi-organisational workshop on new offshore wind ports in the Nordics that was held in June, Hanøytangen was registered as one of the five Norwegian multipurpose supersites. The intention will mainly be to use Hanøytangen for commissioning and assembling offshore wind foundations, as well as being an overall windmill assembly site.

Transitioning with the times

In their 2020 annual report, Semco Maritime determined that expanding their renewable energy operations will be a key priority, while also eventually divesting from current oil and natural gas operations.

Semco Maritime has made enormous strides in designing, fabricating, assembling, and installing efficient, value-adding offshore substations. These efforts have not only added to the efficiency of wind farms the world over, but they have, in their own way, helped the energy sector’s transition towards a more sustainable model.