Eirik Langeland, Cluster Manager at NOSCA Clean Oceans in Bergen. The organisation has just unveiled a new test centre by the side of Store Lungegårdsvannet bay.

A new test centre in Bergen will help to develop smart technologies that can rid our oceans of plastic waste.

The centre, run by the NOSCA Clean Oceans business cluster, will give companies the opportunity to test their solutions in the city's Store Lungegårdsvannet bay area.

This is an important step, as the world’s plastic problem is only getting worse. Plastic Oceans estimates that more than 8 million tonnes of plastic are dumped in our oceans every year.

Floating plastic can be a hazard for marine animals, and over time it will eventually degrade into microplastics. These tiny granules can end up in the food chain for both animals and humans.

Eirik Langeland, Head of the NOSCA Clean Oceans business cluster, says: «We see that this plastic pollution is a big problem, both for Norway and other countries around the world. One of the biggest concerns is that we still don't have the full picture about how these microplastics could affect life on our planet."

Luckily, many companies in the Bergen-based cluster are already working on tackling this tide of plastic pollution.

They are developing ingenious solutions for sucking up plastic from the oceans, which range from high-tech autonomous drones, to simpler nets that can be used in developing countries.

The NOSCA Clean Oceans cluster provides a focal point for these companies to network and form new partnerships. The cluster also represents companies that are focused on cleaning up oil spills, toxic algal blooms, and other forms of ocean pollution. 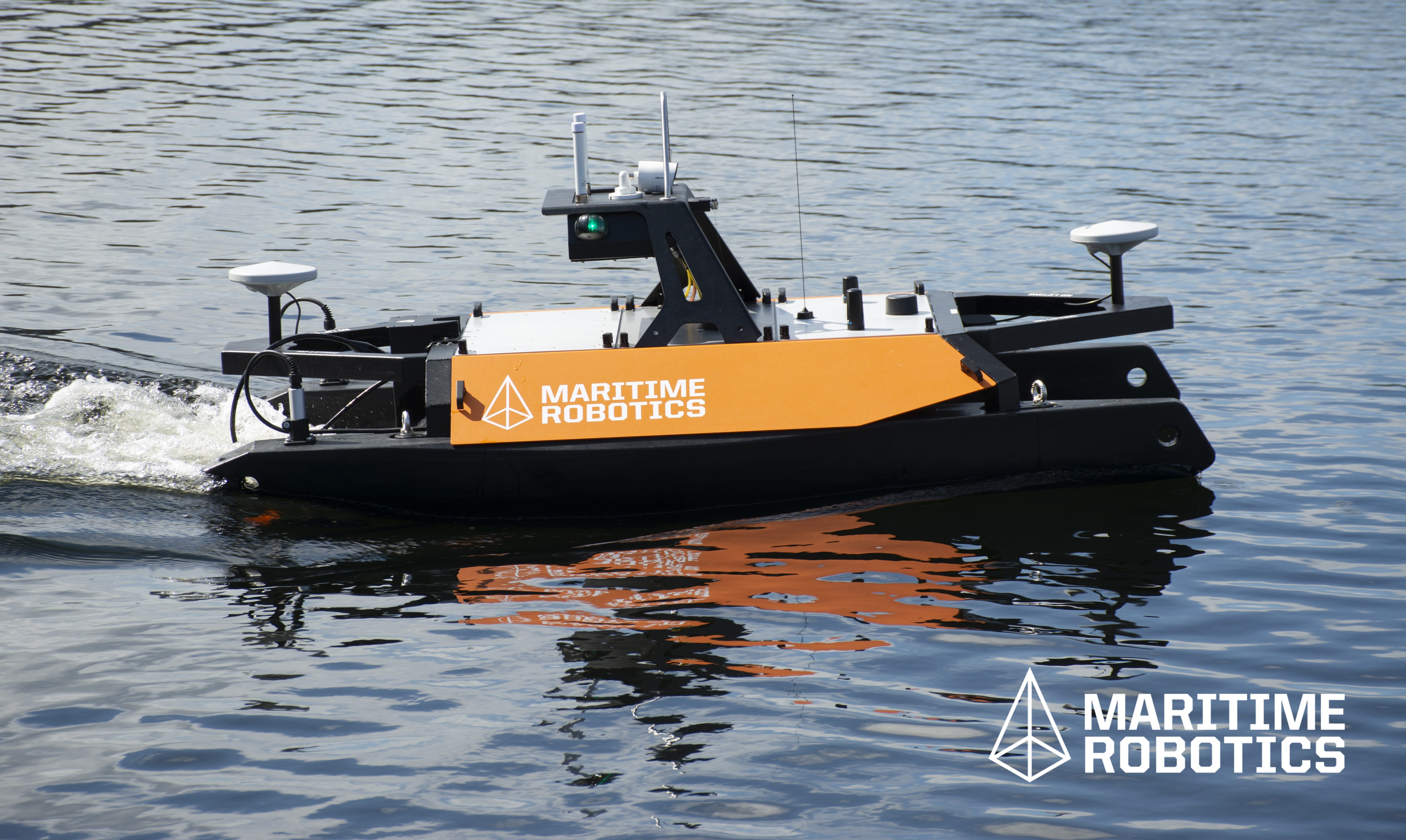 Maritime Robotics, and other members of the NOSCA Clean Oceans cluster, are developing new technologies for cleaning up ocean plastic.

NOSCA Clean Oceans launched its new test centre on Friday, with a special event in the centre of Bergen.

Guests were invited to a series of talks, as well as demonstrations of new waste-gathering technology by the side of Store Lungegårdsvannet bay.

At the water's edge, Maritime Robotics and Clean Sea Solutions demonstrated the "Cleaning Drone Version 1" - an aquatic drone that can patrol and scoop up floating plastic.

SpillTech also showcased another aquatic robot that will collect waste from port areas and other small bodies of water.

Clear Ocean showed off a more low-tech but equally important invention - a waste-catching net that can be towed behind a vessel. The company hopes that this solution can be used in developing countries that are suffering from pollution problems.

The new test centre offers both a workshop and office space for member companies to further refine their products.

It has been supported by a range of local actors including Hordaland County Council, Bergen Municipality, Agenda Vestlandet and the Norwegian Retailers' Environmental Fund. 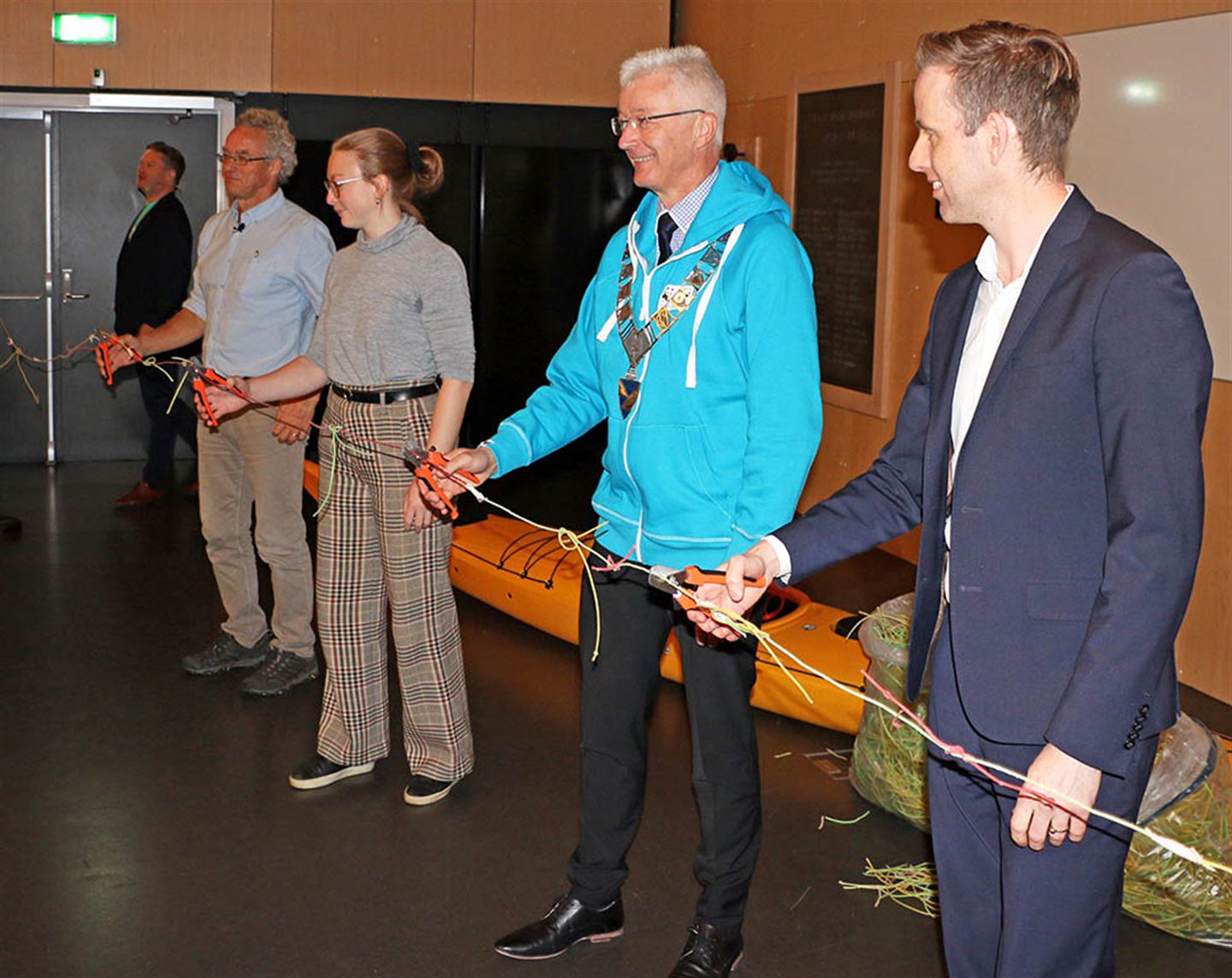 The official opening of the new test centre in Bergen. Pictured here are representatives from the organisations that have supported the new test centre: Rasmus Hansson, CEO of the Norwegian Retailers’ Environmental Fund; Eline Haakestad, Commissioner for Climate, Environment and City Development at Bergen Municipality; Jon Askeland, Mayor of Vestland County Council; and Frode Fjeldstad, CEO of Agenda Vestlandet. The ribbon was made from plastic construction waste that was collected from Store Lungegårdsvannet bay.

The new test centre is not the only way that Norway is helping in the fight against plastic waste in our oceans.

On Sunday, citizens around the country took part in a shared fundraising drive to tackle the problem. Thousands of Norwegians donated money as part of World Wildlife Fund Norway’s “TV Campaign”, with funds going towards a range of concrete measures to limit plastic pollution.

This includes measures to improve waste collecting systems in South-East Asia, a region that is responsible for a quarter of all the plastic that ends up in the sea. WWF Norway is planning to improve waste systems for more than 900,000 people in the region.

Overall, the campaign aims to reduce the amount of plastic entering our seas and oceans by 7,000 tonnes per year.

This may seem like a large amount, it is a drop in the ocean compared to the huge amount of plastic that is entering our natural environments each year.

Luckily, innovative companies in Bergen and elsewhere are working on solving this problem. In the long run, their solutions may play a significant role in turning the tide against plastic waste.

Thanks to NOSCA Clean Oceans’ new testing centre, these companies will now gain even more support towards this important goal.