A million square feet of industrial land has been opened up for development in the Mongstad region.

Local authorities are opening up new areas of land in the Mongstad region of western Norway, and are aiming to attract green companies to the region.

Storemyra industrial park was recently opened by the mayor of Lindås municipality, Astrid Aarhus Byrknes, at a special ribbon‑cutting ceremony.

The park includes around a million square feet of prime commercial land, and has been called “a milestone in Mongstad’s industrial history”.

The area is located next to Norway’s largest oil refinery, together with Europe’s busiest oil and gas supply harbour.

Mongstad Base handles an incredible 30 million tonnes of goods each year, and is home to many companies in the oil and gas supply chain. The opening of Storemyra industrial park provides extra space for other firms who want to join this busy cluster.

Mongstad is also the single largest source of carbon dioxide emissions across Norway, and the authorities are looking for new companies that can help to make the area greener and more sustainable.

This could involve re‑using CO2 emissions from the refinery, or even producing hydrogen fuel for the local shipping industry. 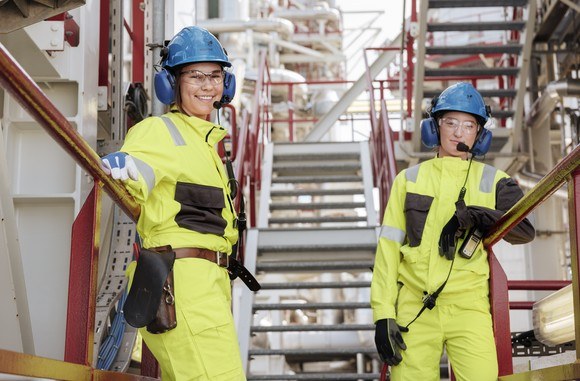 Mongstad is one of the major hubs for the oil and gas industry in Norway. In future, it could also be a hotspot for sustainable businesses. Photo © Einar Aslaksen / TRY.

Børge Bruntland, CEO of the organization Mongstad Growth, says that the new industrial park is the result of “very good co‑operation with the municipality.”

Lindås municipality granted significant funds to the project, enabling the building of roads, cycle and footpaths, water and sewage facilities for the site.

Bruntland explains these facilities will be vitally important when attracting new companies to the area. He is optimistic that Storemyra’s opening could lead to many new jobs for the region.

“This is of course dependent on the types of companies that establish themselves here, but we could potentially double the current total of 2,500 jobs that are at Mongstad,” he states. 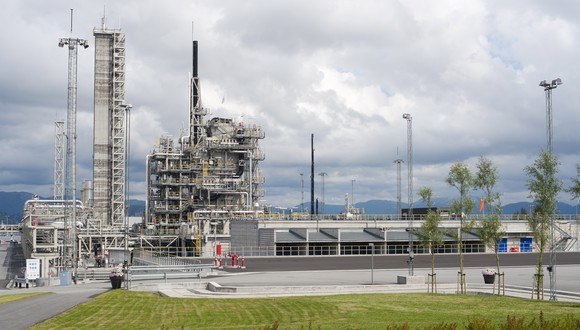 Technology Centre Mongstad is helping businesses to test out different carbon capture technologies at Mongstad. Will you join them? Photo © Equinor / Helge Hansen.

There are already some signs of green shoots emerging at Mongstad, despite the area’s reputation as an oil and gas hub.

The area is home to Technology Centre Mongstad (TCM), the world’s largest facility for testing and improving CO2 capture technologies.

Businesses can access two different flue gases, resembling the outputs from both gas‑fired and coal‑fired power plants. So far, TCM has helped companies from around the world to develop solutions for lowering emissions.

A partnership of public and private organizations has now launched a project to market the Mongstad region as an attractive place for new businesses.

The initiative will also seek to turn Mongstad into a “green spot” on the map. Tanja Hoel, Director of Business Development at Alver municipality, explains that the project will “help sustainable companies to take part in the industry cluster that is already at Mongstad.”

The partnership will look at the region’s comparative advantages, develop the “Green Spot Mongstad” concept, and market the area both nationally and internationally.

Invest in Bergen is involved in efforts to highlight Mongstad as a business destination.  As part of this process, we are developing a website to show where new companies can establish themselves in the region.