According to researchers, offshore wind will be a crucial role in meeting Europe's energy needs (Photo © Equinor/Ole Jørgen Bratland)

As Norway embraces the green shift, renewable energy will become crucial. Offshore wind energy has shown tremendous potential for growth in Norway, which could lead to the rise of a new emerging industry.

“Offshore wind will be the most important electricity provider in Europe by 2040 and this requires a major upscaling of the industry in the years to come,” said Finn-Gunnar Nielsen, a professor at the Geophysical Institute, University of Bergen (UiB). “If we shall succeed, industry, the research community and educational institutions will all have to contribute and cooperate”. 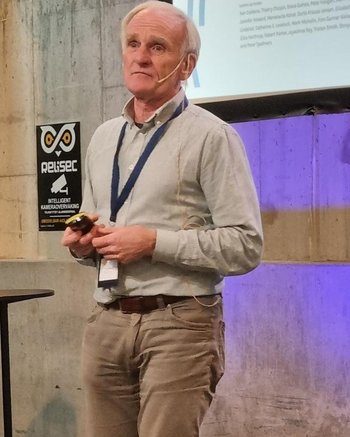 This comes as Norway has committed itself to reduce its carbon footprint by over 50% by 2030, as well as reaching net zero by 2050. To reach these goals, a number of initiatives have been developed.

Vestland County recently launched its new strategy, Green Region Vestland. This strategic plan outlines how Greater Bergen and Vestland County will position itself at the forefront of the green shift. A key focus will be developing a knowledge base and value chains for offshore wind parks. The region has also played host to various seminars and conferences on the emerging offshore wind industry.

Join us for the Hav(vind)byen Bergen Conference
(in Norwegian)

As home to Norway’s ocean industries, Greater Bergen is well suited to serve as a hub for the offshore wind industry.

Located along Norway’s south-western coast, Utsira Nord has an area of over 1,000 sq.m and is suitable for floating offshore wind schemes.

Sørlige Nordsjø II - an area of almost 2,600 sq.m - lies along the border separating Norwegian and Danish territorial waters. This makes it suitable for both bottom-fixed and floating offshore wind structures. It also gives Norway an opportunity to directly export this power to other European markets.

Greater Bergen has served as a key hub for Norway’s offshore petroleum industry. As a result, the region is home to innovative firms, highly developed port facilities, state-of-the-art infrastructure, and a highly-skilled labour force.

As outlined in the Green Region Vestland strategy plan, firms in Greater Bergen can leverage these resources towards the renewable wind industry. This will strengthen the region’s position as an offshore wind hub.

Global energy firm, Equinor, is currently developing Hywind Tampen. This floating wind power project is intended to provide electricity for Equinor’s key offshore sites in the North Sea. More importantly, it will be “a testbed” for Equinor as it explores ways to industrialise and reduce costs for future offshore wind projects. 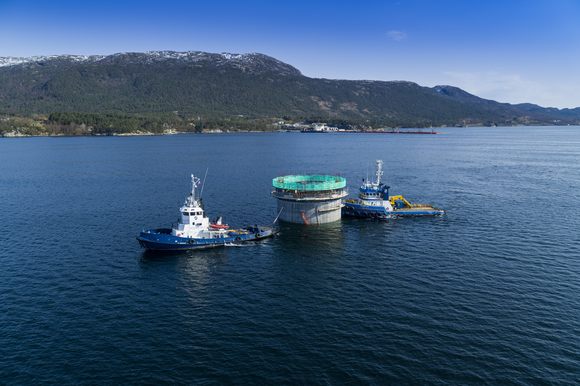 The Wergeland Group was awarded a key contract to assemble Hywind Tampen’s floating wind turbines. This assembly, and its future maintenance, will be done at Sløvåg Harbour.

As the home of Norway’s ocean industries, Greater Bergen is also home to several leading universities and institutions. These organisations have led the way in ocean research and technology, contributing to both national and global advancements.

A key organisation researching offshore wind energy is the Bergen Offshore Wind Centre (BOW). Established by the University of Bergen and headed by Finn-Gunnar Nielsen, this centre coordinates and supports research and education on offshore wind energy through various projects.

Another UiB-supported endeavour is the SFI Smart Ocean initiative. This centre for research-based tech innovation aims to create “a network of underwater sensors”, capable of tracking and collecting data throughout the world’s oceans. This technology will be critical to the emerging offshore wind industry as it develops. Its partners include various industry clusters, research organisations, state authorities and industrial firms.

The Norwegian Research Centre (NORCE) is another key driver. This government-owned institute has contributed significantly to “delivering research and innovation” for the offshore wind industry’s value chain.