Greater Bergen has been busy cultivating the emerging offshore wind industry. With the opening of key areas – Utsira Nord and Sørlige Nordsjø II – for offshore wind farm projects, how will the region contribute to harnessing this emerging industry?

Norwegian Prime Minister Jonas Gahr Støre, in a press conference held in early February, announced that the first phase of the Sørlige Nordsjø II windfarm project had begun. This includes plans to auction off these key areas. 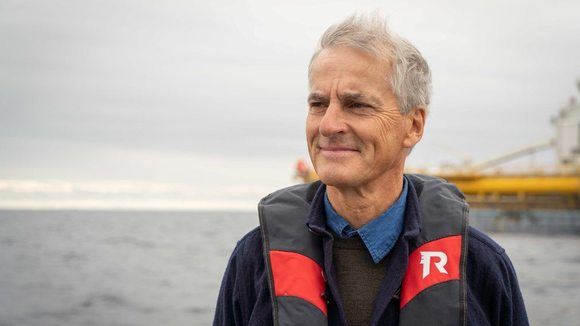 As the home of the ocean industries, Greater Bergen has much to contribute to this emerging industry. The region is home to a vast network of leading organisations, pioneering research institutes and cutting-edge innovation. Firms operating within the offshore wind sector can easily find a place within the region’s value chains.

Several industry consortiums have been formed, announcing their intention to build windfarms in these areas.

The high level of interest in these areas is not surprising. In a 2019 report, financial consulting firm Menon Economics projected that Norway’s floating offshore wind industry could potentially corner up to 20% of the global market. In turn, this would generate countless jobs and cultivate up to NOK 117 billion in created value over the next 30 years.

A Wealth of Assets and Competence

“The offshore wind market in Norway is on the rise,” said Beate S. Korsøen, general manager of PSW Offshore Wind, a subsidiary of the PSW Group. “Even though it will be several years before the development of these farms can begin in full, it’s important to be at the forefront of mapping the industry and networking”.

Like many firms in Greater Bergen, the PSW Group began operating within the offshore oil and energy sector before diversifying and expanding towards other industries, including the offshore wind sector. With their wealth of specialised environmental knowledge and skilled manpower, these firms now see a huge potential for skill and competence transfer. 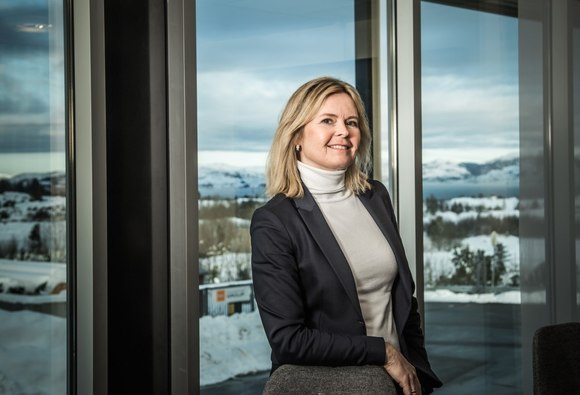 “Offshore wind in Norway is off to a promising start since we have extensive expertise and experience from similar industries, such as the oil & gas, and maritime sectors. We find that much of the expertise from oil & gas is transferable,” said Korsøen.

Another advantage is that Greater Bergen is home to several key industrial areas that have the necessary infrastructure. Originally intended for the offshore oil sector, these commercial manufacturing areas house vital resources that will be valuable for the emerging offshore wind sector.

Mongstad Industrial Park, where the PSW Group is headquartered, is a good example. Located on the west side of the Fensfjord basin, it also has the largest ISPS port in Norway (in terms of tons over quay) and is a major port for northern Europe. Another example is Sløvåg Industrial Park, located along the east side of the Fensfjord basin. These industrial parks have served as key hubs for North Sea oil and gas operations and presently have a strong cluster of oil and subsea firms.

Recognising its potential, the Wergeland Group, owners of Sløvåg Industrial Park, was awarded a key contract to facilitate the assembly of floating wind turbines for the Hywind Tampen project. To this end, both the Wergeland Group and PSW Group signed a Letter of Intent for the delivery of the Skyhook quayside crane with construction equipment firm Huisman. This will be the region’s largest crane to service future offshore wind endeavours.

“Norway's largest floating offshore wind project will be very exciting for all involved parties and will put the region and the Fensfjord basin on the map in a new perspective,” said Korsøen.

Recognising the need for specialised knowledge of the offshore wind sector, the University of Bergen formed the Bergen Offshore Wind Centre (BOW) in 2018. BOW works to address the various aspects pertaining to resource, environmental and technical solutions.

“When an industry is transitioning, academia has to take an active role in cultivating education for students and continued education for people in the industry,” said Professor Finn Gunnar Nielsen, Director of BOW. “At the same time, we should also be visible and available to the public arena so that when discussions are had, they’re had on the basis of knowledge, and not assumptions”.

An International Energy Agency report summarised that offshore wind is predicted to become “the most important source of electricity in Europe” by 2040.

Sharing this sentiment, Korsøen believes that these activities are “just the start of Norway’s new offshore wind adventure”.

With its resources, knowledge base, skilled labour and infrastructure, Greater Bergen is sure to play a key role in this new emerging industry.