These young shrimp farmers from Bergen are taking on the giants of Asia and South America, by focusing on quality and sustainability.

It’s February, and the snow is settling outside Bergen’s High Technology Centre.

Inside one of the centre’s specially-heated rooms, Tarald Kleppa Øvrebø is showing us a basin filled with thousands of Litopenaeus vannamei – commonly known as Whiteleg shrimp.

Shrimp farming usually takes place in warmer countries such as Thailand or India, and has previously been linked to issues such as water pollution and destruction of mangrove forests.

Farmers are now making improvements, but produce still has to be shipped for long distances, which has a negative impact on the climate.

Kleppa Øvrebø and his co-founders at ShrimpVision are instead planning to raise their prawns in using more environmentally-friendly methods, closer to consumers in Europe.

The entrepreneurs will start by selling to high-end restaurants, but eventually, they want their prawns to feature in sushi boxes and on dinner plates across the continent. 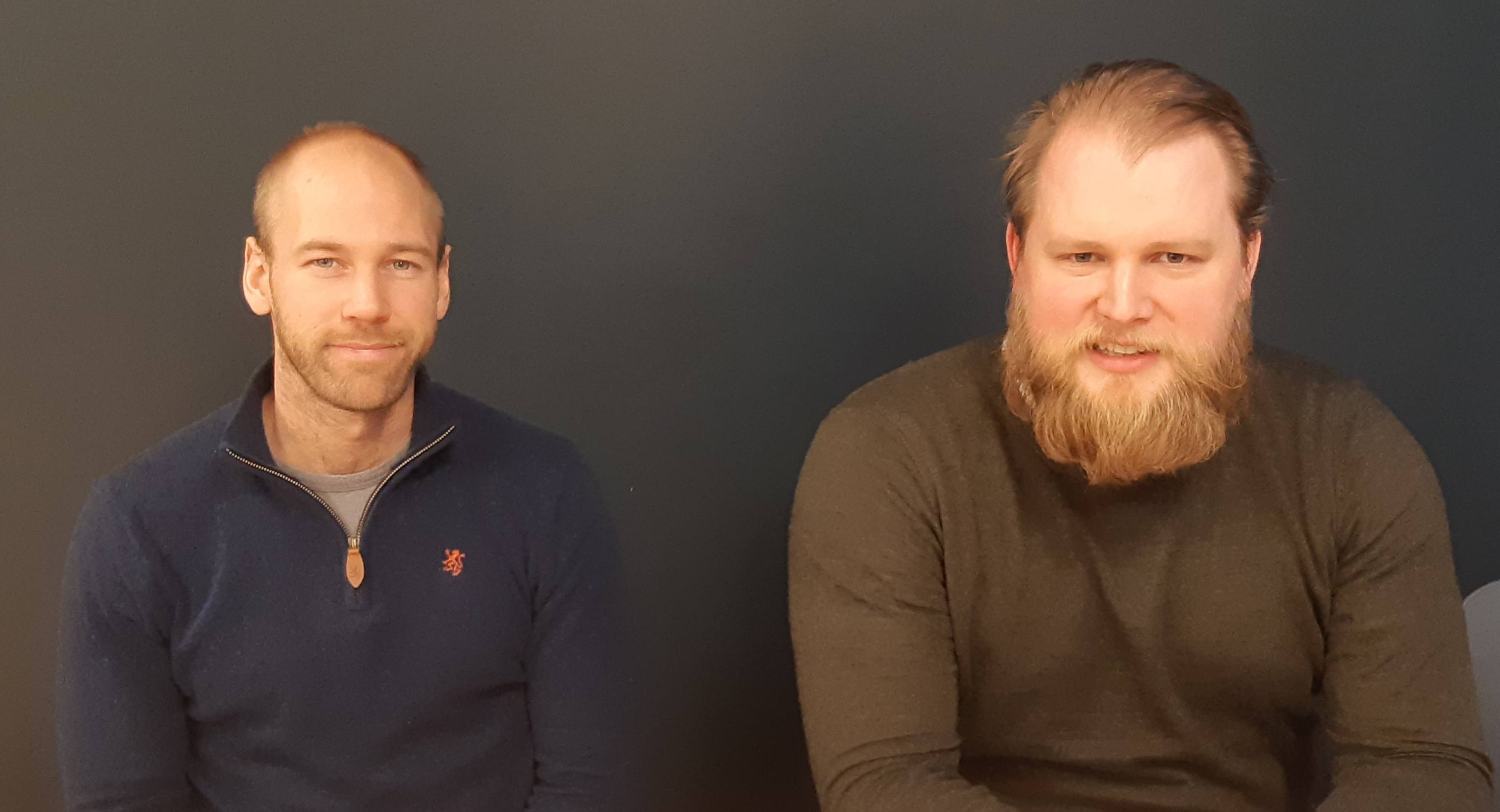 Founders Tarald Kleppa Øvrebø (left) and Sjur Øyen are on a mission to produce more environmentally-friendly prawns for European customers.

“Most of the farmed prawns that we eat are shipped halfway across the world,” Kleppa Øvrebø notes. “We believe it is much more sustainable to produce these prawns on land, closer to consumers.”

“As we are using a closed system, we can also limit the spread of disease – allowing us to use a lot fewer antibiotics in our products.”

The entrepreneurs are planning to produce two pilot batches this year, before scaling up to a bigger facility and selling their prawns commercially next year.

To add to their green credentials, they are aiming to warm up their facility with waste heat from a nearby smelting plant.

Download our free e-book on the future of aquaculture

The founders of ShrimpVision believe that western Norway is the perfect place to grow many species, not just salmon and trout.

“Norway’s aquaculture companies have already developed a lot of technology and good practices that we can take advantage of,” says Sjur Øyen.

“Besides this, Norwegian seafood has an incredibly strong reputation out in the world!”

ShrimpVision is not the only company in Norway that is betting on new species and new types of aquaculture.

Along the coast, other entrepreneurs are exploring how to raise sea urchins, seaweed and even tunicate worms.

Lerøy’s Ocean Forest project involves growing large quantities of mussels and kelp next to fish cages, and the company is aiming to produce a staggering 1,000 tonnes of seaweed annually over coming years. 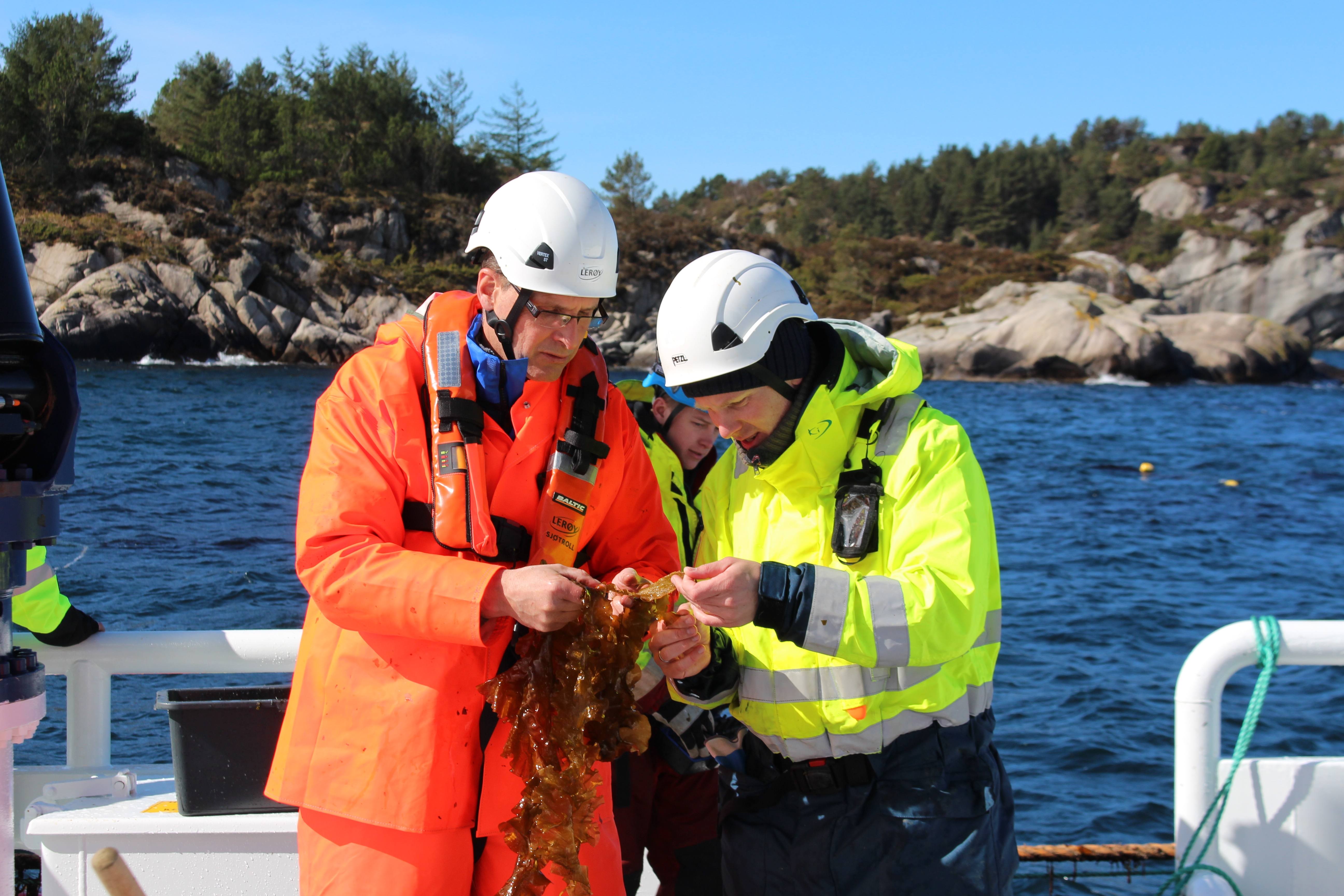 Companies are exploring new types of aquaculture in Norway. As an example of this, Lerøy is exploring how to grow both blue mussels and seaweed next to the company’s fish cages.

Greater Bergen is “right at the heart of things”

Since starting their business last year, the founders at ShrimpVision have earned an impressive row of grants and prizes.

They scooped the top prize of 1 million NOK in the Research Council of Norway's STUD-ENT entrepreneurship programme, before going on to win a further 300,000 NOK as part of the Gründerhub competition last autumn.

Øyen adds that the support they have gained from Bergen's aquaculture ecosystem is second to none.

"When you are in Bergen's Marineholmen district, you feel as if you're right in the heart of things", he says. "It's really inspiring to be so close to so many world-leading companies and organisations - it feels like a true privilege."

The entrepreneurs met while studying for a Masters in Seafood and Aquaculture at the University of Bergen, and they also note how important the university has been for their success.

"After launching the business, we were called into the Rector's office - but in a positive way!," Øyen says.

"The University's Department of Biological Sciences has stood behind us all the way, and has even provided a specially-heated room for our prawns at the High Technology Centre", he explains. "We wouldn't be here today without their support."

With the whole of Greater Bergen's seafood ecosystem cheering them on, these founders might just teach the giants of Asia and South America a lesson or two.