A new business cluster in Bergen wants to take a leading role in cleaning up plastic in our oceans.

NOSCA (the Norwegian Oil Spill Control Association) represents a group of companies with a long history of preventing and responding to oil spills.

Through their “Clean Oceans” initiative, these companies now want to use their expertise to tackle other serious issues such as plastic pollution and toxic algae.

NOSCA Clean Oceans was recently awarded the status of Arena business cluster under the Norwegian Innovation Clusters programme. This means that the group will now have access to greater resources and funding to boost their activities.

Christian Testman, Managing Director of Ocean Visuals and the Chairman of NOSCA, says: “In Norway, we are already the world leaders for oil spill prevention and response.”

“The position as the world leader for systems to collect marine waste and plastic in the oceans has not yet been taken. We’re going to take it.” 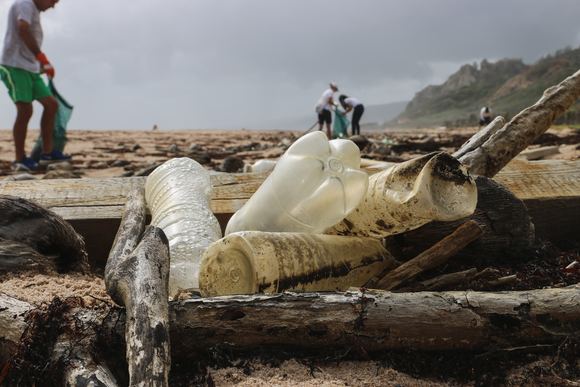 Plastic pollution at sea is a growing problem, as around 8 million new pieces of plastic find their way into our oceans every day.

Here, they can harm wildlife or even end up in the food we eat. Indeed, the UN’s oceans chief went so far as to describe the issue as a “planetary crisis”.

With their experience from the oil spill prevention industry, the 27 members of NOSCA Clean Oceans are hoping to develop new commercial systems for collecting this plastic waste.

They have already begun a pilot project, which will involve gathering up floating plastic from Bergen’s local fjord. They are planning to trap this plastic in a specific area, before using automatic technology to collect and remove it.

But the group won’t stop at the plastic waste problem. They will also look at how satellites and prediction models can be used to warn salmon farmers about the arrival of harmful algal blooms.

“We chose the name Clean Oceans because our challenge is now much more than just oil pollution,” explains board member of NOSCA and Marketing Director for Framo in Askøy, Geir Christian Helgesen.

“The problem of plastic in particular is hyper-relevant, but we’ve also recently seen the extremely harmful effect of toxic algae. We have the knowledge and experience to produce ground-breaking results.”

“Our new status as a cluster will help us obtain financing so that we can start hiring our own employees.” 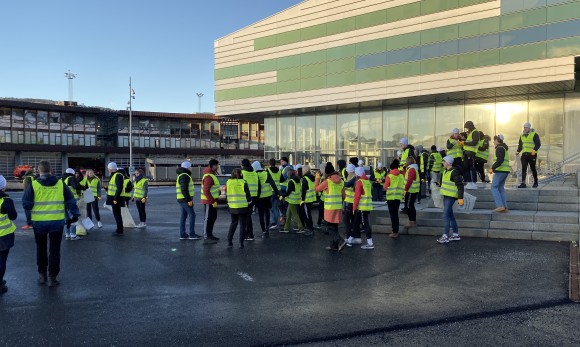 Students from the Amalie Skram high school and local businesses joined forces recently to clean up the Store Lungegårdsvann fjordarm. NOSCA Clean Oceans will run a pilot project in this area next year. 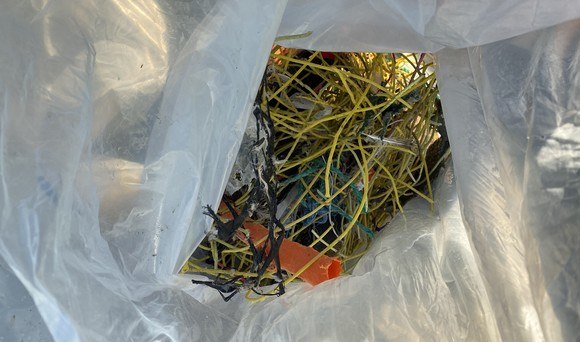 The cluster is planning to use automatic technology to remove plastic construction waste from the fjord.

NOSCA Clean Oceans was one of eight groups to receive cluster status in the latest round of the Norwegian Innovation Clusters programme.

What does the Norwegian Innovation Clusters programme involve?

A cluster is defined as “A network of connected businesses, suppliers, and associates in a specific field that are all located in the same geographical area.”

The Norwegian cluster programme aims to speed up the development of these groups, by encouraging them to work together on common projects, and to share knowledge.

It is funded by Norway’s Ministry of Trade, Industry and Fisheries and Ministry of Local Government and Modernization, and managed by Innovation Norway, Siva and the Research Council of Norway.

The latest clusters were announced by Monica Mæland, Minister of Local Government and Modernisation, at an awards ceremony earlier this month in Oslo’s Gamle Museet (Old Museum).

“The new status represents a major recognition of the cluster’s potential for development, now that we are ready to take oil spill prevention and response competencies and technology one step further,” confirms the new Cluster Manager for Clean Oceans, Eirik Langeland.

“We faced tough national competition for the new status, and are extremely proud to now be an Arena cluster.”

This latest cluster will surely give an even greater boost to the innovation that is already happening in the region.